On Tuesday evening, NBC’s evening newscast acknowledged the name Jonathan Gruber for the first time and his insulting comments regarding ObamaCare a full 32 days after the group American Commitment unearthed the first Gruber video on November 7. [MP3 audio here; Video below]

Williams began the 2-minute-and-12-second segment by remarking that “it is unlikely that most Americans have heard the name Jonathan Gruber until a few weeks ago, when a video emerged of him insulting their intelligence.” His statement can be viewed as rather ironic, considering the fact that the viewers of his own program were kept in the dark on the ObamaCare architect, depriving them knowledge of the story until now.

The segment, reported on by NBC News lead Capitol Hill correspondent Kelly O’Donnell, was rather thorough as it included O’Donnell attempting to personally interview Gruber and his lawyers as they left the hearing and declared that Gruber bucked the trend of most congressional witnesses have in that he, instead, “made things worse” for himself “during a four-hour public shaming.”

In summarizing the one-month of news on Gruber that NBC Nightly News completely ignored, O’Donnell played clips from two Gruber videos and stated that: “Gruber was under fire for saying, at conferences, that American voters are stupid and were misled in order to get the health care law passed.”

As mentioned earlier in this post, O’Donnell attempted to seek comment from Gruber outside the hearing, asking him “how difficult was this for you” and “how did you not mean what you were saying” to which Gruber stayed silent. At the segment’s conclusion, O’Donnell grilled one of Gruber’s lawyers: “Why won't you tell taxpayers how much Dr. Gruber was paid? Seems like a simple request, sir.”

O’Donnell concluded her story by remarking that, in reference to the non-responses from Gruber and his lawyers, “[a]fter words got him into trouble, tonight, Gruber is done talking.”

While NBC Nightly News ended its silence on Gruber, the same cannot be said for NBC’s Spanish-language counterpart and fellow NBC Universal network Telemundo. Its evening newscast, Noticiero Telemundo, made no mention of Gruber appearing before Congress on Tuesday. Further, the program has yet to even mention Gruber and any of his unprofessional remarks.

The complete transcript of the segment that aired on NBC Nightly News on December 9 is transcribed below. 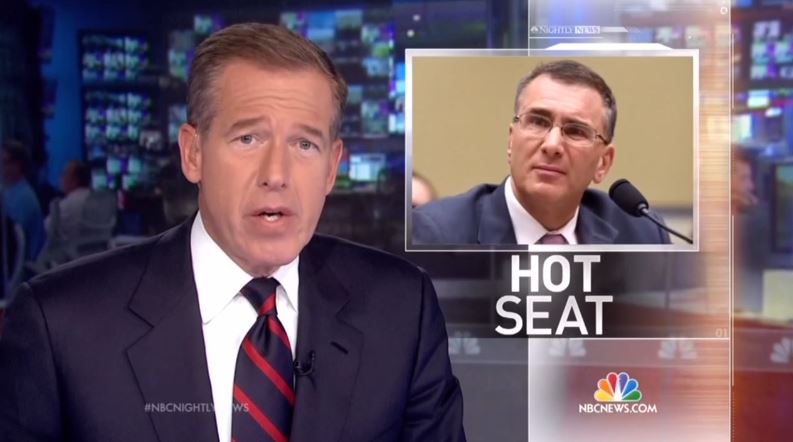 BRIAN WILLIAMS: Back in Washington, Republicans call in a key architect of the Affordable Care Act. President Obama says he was just, quote, “some adviser” who was never part of the staff. Either way, it is unlikely that most Americans have heard the name Jonathan Gruber until a few weeks ago, when a video emerged of him insulting their intelligence and today he went before Congress to face some tough question. Our report tonight from NBC's Kelly O'Donnell.

KELLY O’DONNELL: [TO JONATHAN GRUBER]: How difficult was this for you? Rarely do witnesses hauled before Congress make things worse. [TO GRUBER]: How did you not mean what you were saying, Dr. Gruber? But today, M.I.T. economics professor and White House ObamaCare policy adviser Jonathan Gruber appeared to do just that during a four-hour public shaming.

REPUBLICAN CONGRESSWOMAN CYNTHIA LUMMIS (WYO.): Were all of your prior statements a lie? Or were they just glib?

REPUBLICAN CONGRESSMAN TREY GOWDY (S.C.): So you're a professional at M.I.T. and you're worried about not looking smart enough? 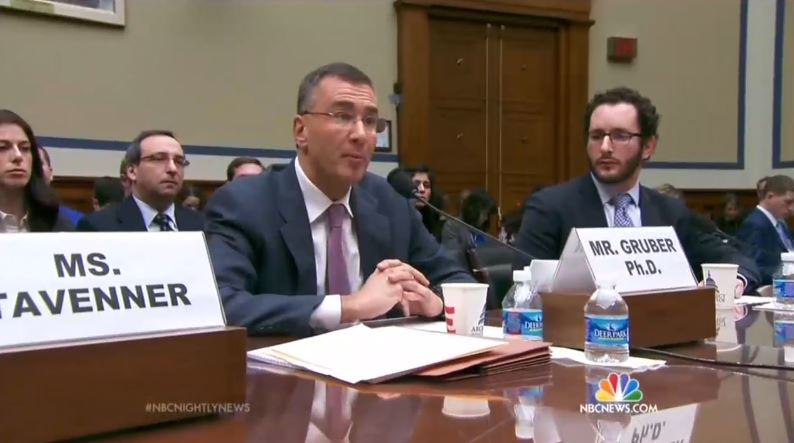 O’DONNELL: Gruber was under fire for saying, at conferences, that American voters are stupid and were misled in order to get the health care law passed.

GRUBER [IN FIRST VIDEO, 10/13]: Lack of transparency is a huge political advantage.

GRUBER [IN ANOTHER VIDEO, 10/13]: Because Americans are too stupid to understand this.

GRUBER: I behaved badly, and I'll have to live with that. It was inexcusable that I tried to appear smarter by insulting others.

O’DONNELL: Democrats who say ObamaCare is working blasted Gruber for giving a gift to conservative critics.

HOUSE OVERSIGHT COMMITTEE RANKING MEMBER ELIJAH CUMMINGS (D-MD.): Man, you did a great job. You wrapped it up with a bow.

O’DONNELL: Gruber provoked new outrage when he refused to fully answer questions about money he made consulting on ObamaCare. 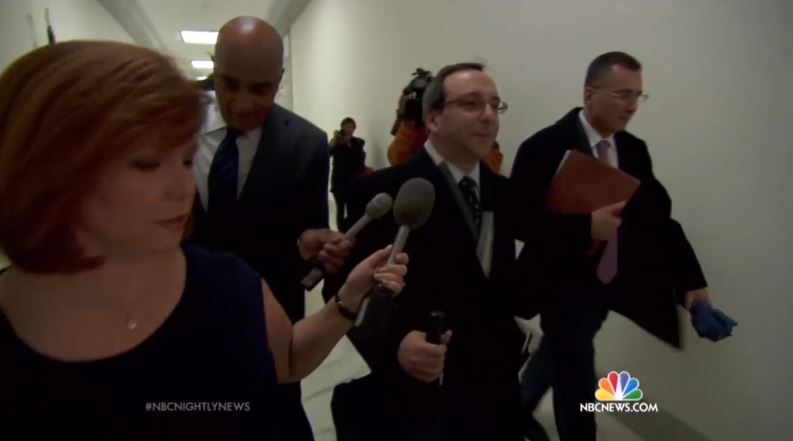 GRUBER: As I said, the Committee can take that up with my counsel.

O’DONNELL: Lawmakers suggested Gruber was paid more than $2 million. [TO GRUBER’S LAWYERS] Why won't you tell taxpayers how much Dr. Gruber was paid? Seems like a simple request, sir. After words got him into trouble, tonight, Gruber is done talking. Kelly O’Donnell, NBC News, the Capitol.