Up Next: Gov. Youngkin to Seek 15-Week Abortion Ban for Virginia

The Dobbs Train is just gaining steam, and its next stop is Virginia. Gov. Glenn Youngkin (R) has asked four Virginia lawmakers to draft legislation to set a new cutoff for abortions, according to The Washington Post.

Roe v. Wade was overturned by the Supreme Court on Friday, which sends the issue of abortion back to the states and denies lefties their self-proclaimed constitutional right to an abortion.

Youngkin wants abortion legislation to provide exceptions for rape, incest, and cases where the mother's life is at risk. He also thinks that a 20-week cutoff might be necessary to “attract more consensus” in the Virginia government, but would reportedly “prefer to aim for a 15-week law.” His main aim is to have “abortion outlawed at the point at which a fetus feels pain.”

The freshman governor acknowledges that his decision might “disappoint some conservatives who might want further restrictions,” but noted he was being “realistic about the political moment.” 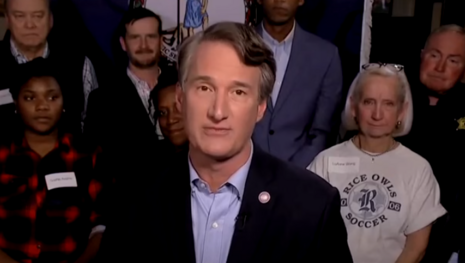 It’s a start, to be sure. Certainly better than the current law which permits abortion up to the second trimester, which is still a horrific abomination of a procedure.

“A governor can’t do it on his own. And it’s going to require … work across the aisle. And so we’ve got to work over the next few months to find a place that we can land,” Youngkin said in reference to his seeking of a bill, and the potential roadblocks that might occur in his divided state, per The Washington Examiner.

With Roe now overturned, many states now have abortion restrictions or are seeking to restrict abortion. Babies are already being saved, like in Arkansas where Planned Parenthood has started pausing abortion appointments, saving untold lives. Youngkin seeks to add his state to the list.