After Uvalde, many Hollywood celebrities have taken it upon themselves to spout off platitudes on gun control and how everyone needs to be on board with the liberal cause. If you aren’t on board with gun-grabbing, then you are an evil person who wants children to die. Matthew McConaughey in his recent plea has taken these talking points and bubble-wrapped them under the guise of moderation. 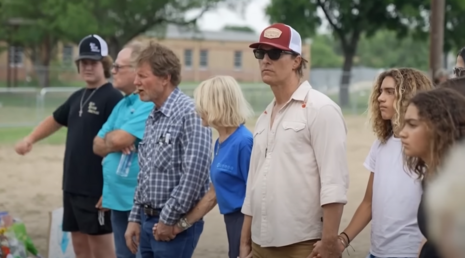 According to Deadline, McConaughey is calling for “enacting background checks, Red Flag Laws and age upping the requirement on semi-automatic firearms to 21.” He says that he only supports “gun responsibility.” It doesn’t take an expert to realize that propositions such as Red Flag laws at the federal level are anything but moderate, but extremely radical.

Red Flag laws, in essence, allow the government to strip private citizens of their legally-purchased weapons because they’ve been deemed “at-risk”. The problem lies with who gets to deem who as “at-risk” and what criteria can constitute an “at-risk” individual. The untapped potential for tyranny is ripe with laws such as these. No wonder the radical left are champions of it.

McConaughey has been quite reasonable about issues in the past and has at least shown a willingness to talk with and debate with conservatives. That much is commendable. However, it is clear that he has a misunderstanding of the potentially catastrophic consequences of Red Flag laws for the 2nd amendment and freedom across the nation.

If he truly believes what he says in his letter that “responsible, law-abiding Americans have a Second Amendment right, enshrined by our founders, to bear arms,” then he would not support the veiled tyranny of red flag laws.