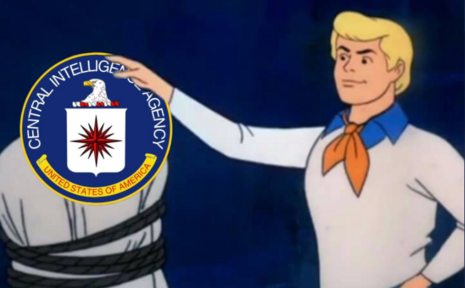 The two minute video was originally posted March 21 as part of the “Humans of CIA” YouTube series and then again to Twitter on April 28 where it drew the attention of many critics.

A CIA spokesperson provided Fox News with an explanation, "In 2019 we started our ongoing social media series, 'Humans of CIA,' where we share stories about real officers and their roles advancing the agency’s national security mission. Our goal is to humanize the CIA through our Instagram, Twitter, and Facebook accounts so followers can see themselves here and apply.”

To the score of emotional and inspirational music, a 36-year- 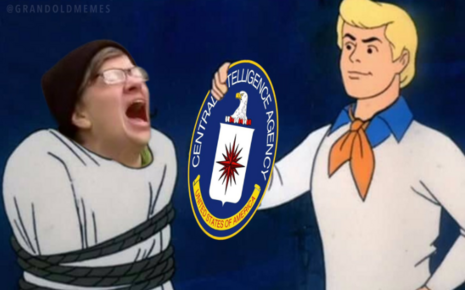 old Latina Officer gives an impassioned testimony about her background as a “daughter of immigrants,” “a woman of color”, a mom, and a “cisgender millennial who's been diagnosed with generalized anxiety disorder.” Mind you, she clarifies that “nothing about her was or is tragic.”

She is “intersectional” but her existence “is not a box-checking exercise.” She refuses to “internalize misguided patriarchal ideas of what a woman can or should be.” Nauseating, woke, politically correct language is prevalent throughout the entirety of the segment.

She continues, “I earned my way in and I earned my way up the ranks,” meanwhile the camera pans over awards she has received, one “for Diversity and Inclusion” and another for Exceptional Service by “The Intelligence Community Equal Employment Opportunity and Diversity.”

Apparently, the CIA is recruiting people with “anxiety and race trauma issues” as Richard Grenell, former Acting Director of the United States National Intelligence commented on Twitter. But if you’ve ever smoked weed or illegally downloaded an mp3, you’re immediately disqualified from being considered as a potential hire.

In a May 3 article by Breitbart's John Nolte, he commented that the video “proves the CIA is hiring and actively looking to recruit the most immodest, narcissistic, grotesquely self-serving people in the world — Woke Millennials." The CIA’s blatant pandering is highly exclusionary and sets a negative precedent, that individuals receive preferential treatments based upon physical attributes.

Civil Service, like the military, is traditionally a meritocracy. There should be no reason to put a fine point or emphasis on diversity. Mike Pompeo tweeted something akin to this perspective:

“When I was Director of the CIA, we valued individuals based on their talent and skill, not their race or sexuality. I’ll never forget what one female analyst said to me: 'Thank you for valuing me for my work. I want my abilities and achievements to define me, not my sexuality.'”

Director and producer Robby Starbuck sees this embarrassing woke piece as an indication that the “the state of our Union is in peril.” He retweeted the video with obvious disgust saying:

“Our enemies are laughing their asses off watching this. While the CIA virtue signals about hiring an ‘intersectional, cisgender, millennial with generalized anxiety disorder,’ our enemies are plotting to take advantage at every turn.”

Donald Trump Jr. responded in a similar manner to he video tweeting: “China & Russia are laughing their asses off watching CIA go full woke. 'Cisgender.' 'Intersectional'" It's like TheBabylonBee is handling CIA's comms. If you think about it, wokeness is the kind of twisted PSYOP a spy agency would invent to destroy a country from the inside out.”

One is forced to reflect on the state of national security when a preeminent intelligence agency of the world is producing content in the same manner of speaking as a blue-haired girl majoring in gender studies. Now CIA stands for Cisgender, Intersectional, Anxiety. Our foreign adversaries are shaking in their boots.