Each week another Drag Queen story hour is promoted in the media, when’s the last time you heard of a faith-based story hour? 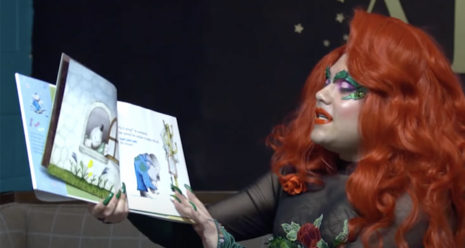 Kirk Cameron, an actor and writer, has been denied by every single one of the 50 public libraries that he requested to read his faith-based book. Meanwhile, those same libraries not only promote Drag Queen story hour but celebrate LGBTQ centered books for children.

In an interview with Fox News, Cameron said that his new book celebrates faith, family and biblical wisdom. Unfortunately however, these values apparently are something that public libraries do not support.

The story-hour program is a tradition that many libraries across the nation participate in as a sort of kick-start for a new children’s book. That is, if said children’s books align with the leftist agenda.

The hypocrisy here is undeniable. As Fox News pointed out, while Cameron is benched from participating in story-hours, drag story hours are actively offered. “Some library programs promote gender fluidity, inclusion and diversity. Others offer ‘name change’ clinics for older teens and adults who want to alter their official paperwork for gender-identity reasons,” they added.

In Rhode Island, a public library told Cameron that they will “pass” on running a program for his book as they “are a very queer-friendly library” and their “messaging does not align” with Cameron's.

That same library offers a club called “Queer Umbrella” where young people can learn and connect over all things queer.

Another library denied Cameron as their audience is too “diverse” for books like his, and another’s website touted the importance of “love, acceptance and inclusion and seeing yourself represented in books.” I feel like a book about family and faith is full of love but alrighty then.

In response to his numerous rejections, Cameron told Fox News, “ we are getting destroyed in the battle for the hearts and minds of our children."

He’s right. The left wants progressivism and activism woven into the minds of young kids and wants anything faith or even just related to an uncorrupted view of reality to be banished.

Cameron's publisher, Brave Books, added, “It is devastating to discover that many of our publicly funded libraries have now become indoctrination centers that refuse to allow biblical wisdom to be taught to our children." As well as “The woke left understands that morality is instilled by the age of 10, and they want their morality to win, not the morality that the Bible teaches."

So yes, your government funded public library now cares more about the LGBTQ agenda than about actual morality.

This is the sad but true reality of the priorities of the left. They act as though they like our kids but in reality, they just like the opportunity that public schools and libraries have to brainwash their innocent little minds.