No Sanctity of Life: Baby Dies from 23x Amount of Fentanyl Needed to Kill Adult

The left never fails to amaze me how much they DON’T honor the sanctity of life. 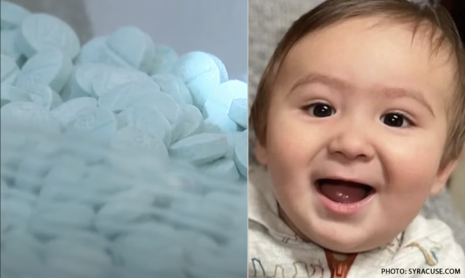 A recent Daily Caller report indicated that a baby died after being exposed to 23 times the amount of fentanyl that is needed to kill a full grown adult. Though the event happened back in May, the lack of media coverage or care since then is proof of the leftist view that children’s lives have little to no meaning.

Supposedly Liam Sauve’s mother and her boyfriend gave the 11-month-old baby fentanyl to calm him down. The medical examiner said he most likely went into cardiac arrest which is what inevitably killed him.

As Daily Caller reported, the child had 69 nanograms per milliliter of fentanyl in his system. Only three nanograms are needed to kill an adult.

The medical examiner said the child either inhaled “copious amounts,” of fentanyl, was “covered in” it or was “in contact with it for many hours.” Regardless of how it contacted the baby, it killed him and that’s what matters.

The child’s mother and her boyfriend were charged with second-degree manslaughter. But what’s worse is that the boyfriend was on probation at the time of Liam’s death after testing positive for fentanyl during his addiction counseling treatment, Syracuse.com reported. And Liam’s mother tested positive for benzodiazepines two weeks before she murdered her son. His mother also didn’t even have custody of her other child who was two weeks old at the time that Liam died. Child Protective Services had placed the sibling with Suave’s mother but Liam was still under custody of Suave.

Suave is reportedly out without bail as her case is moved to grand jury. The boyfriend is being held without bail “due to his prior criminal record.”

Just yesterday, another baby was exposed to fentanyl.

These stories are horrific but a great example of how much children’s lives have been devalued. In a culture that celebrates death through abortion more than celebrating new life, stories like this are unfortunately inevitable. Children are treated as issues that are disposable and meaningless, which is exactly the attitude that these so-called “parents” had when choosing the convenience of being less irritated over the life of their own child.