GQ magazine released its new cover for October. Naturally, it featured none other than New York's Democratic congresswoman Alexandria Ocasio-Cortez (AOC). What a sight for sore eyes! 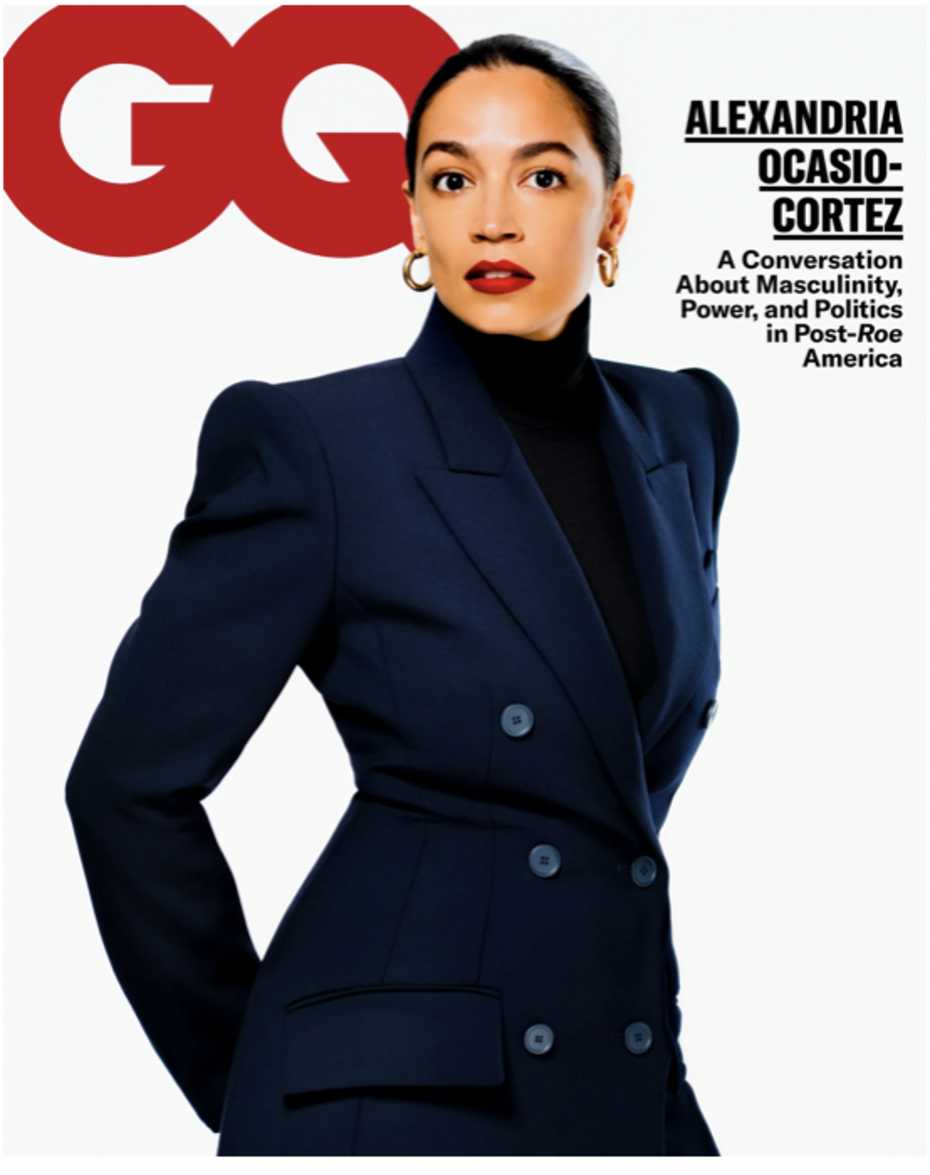 Jokes aside, why the heck is a congresswoman on the cover of a magazine that is supposedly for fashion and style?

AOC is not an entertainer. She’s a government official and genuinely has no place on the cover of an entertainment magazine. Her job is to pass bills, not pose for photoshoots.

Throughout the piece, the GQ reporter goes on an extremely long tangent about how awesome AOC is. The piece gave great significance to abortion as one of the issues AOC focuses much of her time on … that is, the time spent not modeling on the steps of the capitol or walking the met with finger-painted words on her gown.

The piece recounted the events of Jun 24, 2022 when Roe v. Wade was overturned. I was there outside SCOTUS, covering it for MRCTV. AOC stomped and shoved until she reached the center of the crowd, glowering and pointing. She then screamed that people needed to get “into the streets” to protest the ruling. It was nothing more than a temper tantrum by someone who either doesn't know how the constitution works or doesn't care. But the GQ reporter saw it differently, I guess:

For a fleeting moment in front of the Supreme Court, it was possible to see the full, complicated public totality of the woman we’ve come to know as “AOC”: a 32-year-old second-term congresswoman representing one of the country’s most diverse districts. A certified celebrity. Arguably more famous than any other person in American politics without the last name Obama or Trump; beloved and loathed at competing ends of the political spectrum.

GQ also talked about how hard AOC thinks is to be a woman, why she is fed up with men and white people, and why men need to help advocate for more baby killing.

GQ supported and validated every claim AOC had. It was nauseating.

The People’s Party called AOC a "Congressional Kardashian" and were spot on. Modeling for GQ doesn’t exactly scream “government official.” Instead it screams, “social media influencer” or “fashion icon.”

I’m curious to see when -- just kidding, if -- GQ will ever puts a conservative on its cover.

Full offense GQ but, this was a waste of ink.