Veterans Affairs Admin Offers Abortion Even In States Where It's Illegal

Late Thursday night, the Department of Veterans Affairs submitted an interim final rule to the Federal Register indicating its commitment to providing abortions to veterans and their beneficiaries. 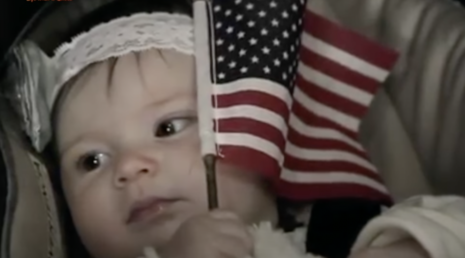 The rule specified that abortions would be provided when the life of a pregnant woman is in danger or if the pregnancy is a result of rape or incest.

VA Secretary Dennis McDonough claimed that abortions are considered “reproductive care” in a tweet. He also declared that the state of abortion in the country is “creating a medical emergency for the Vets we serve.”

The VA pledged to provide abortions even in states where abortion bans are in place. It’s not a good look for a government agency to commit to being “above the law,” but here we are.

Nonetheless, the VA should get some credit. At least it is committed to “only” providing abortions in some cases. This has the potential to decrease the abortion is a form of birth control narrative that a lot of people have adopted. However, the statement specified the requirements to obtain an abortion and the loosey-goosey policies leave too much room for manipulation.

The determination of whether the “life and health of the pregnant Veteran would be endangered if the pregnancy were carried to term” will be made on a case-by-case basis and will be the result of careful consultation between VA health care providers and the Veterans they serve. In cases of rape or incest, self-reporting from a Veteran or VA beneficiary will constitute sufficient evidence that an act of rape or incest occurred.

Therefore, it will be up to a doctor and patient to determine whether a child should be aborted out of precaution to the woman's health but, when it comes to rape or incest, a simple statement from the patient will suffice. If a patient’s word is enough and no investigation is necessary, whose to say that a woman who in fact was not raped won’t pretend that she was, just so she can have an abortion. A woman capable of taking the life of her child is certainly capable of lying to achieve it.

The Veterans Administration will start committing abortions, even in states where human life has been protected, and abortion made illegal.

This is a gravely immoral, unjust, and illegal move by the Biden Administration.

Senator Elizabeth Warren (D-MA) used the news to brag about her own work to help the mass murder of innocent life.

Representative Mike Boast (R-IL) slammed the VA’s statement and deemed it a form of “overreach.”

Abortion is wrong & Congress prohibited VA from providing abortions decades ago. Yet today, Secretary McDonough announced VA would begin performing abortions in VA facilities. This is a complete administrative overreach that I'm already working to stop.https://t.co/Q4QO5JJOho

Charlotte Clymer, a transgender female who will never be affected by abortion bans, was very grateful for the VA’s commitment to ending life.

For the first time, the Dept. of Veterans Affairs will offer abortion care in cases of rape, incest, and the life of the pregnant person being in danger.

No, it’s not perfect, but it’s huge news for the veterans community.

This is why elections matter.https://t.co/7IJ8KJwdUn

Abortion, no matter how a pregnancy came to be, is still the termination of at least one innocent life. The VA and most of the left fail to realize that or if they do, they ignore it.