This is a hot mess of delusion from Kansas school administrators. 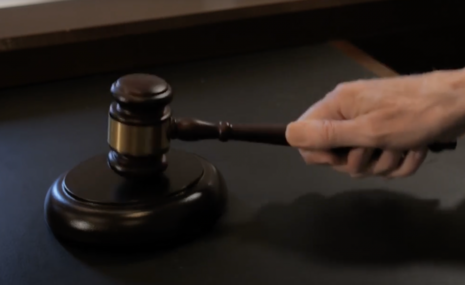 It all started when a teacher stood her ground and pushed back against the leftist mob and their smorgasbord of pronouns. And, in a rare occurrence, the school district has now forked over $95,000 to the teacher as a settlement.

Back in 2021, the now-retired teacher, Pamela Ricard, was suspended from and reprimanded by Fort Riley Middle School “when she would only address a particular biologically female student ‘by the student’s legal and enrolled last name’ and not his preferred name or the ‘he/him’ pronouns he uses,” The Wichita Eagle reported.

It’s reported that Ricard was also forced by the school to lie to the student’s parents about “his” gender identity.

In the classroom, Ricard was told to refer to said student with the name “he” chose and using “he/him” pronouns. But when speaking with “his” parents, Ricard was expected to switch back to the student’s legal name and female pronouns. This conflict sparked a lawsuit against the school as Ricard said she was forced to go against her moral judgement and lie to both the parents and the student.

The Wichita Eagle explained how Ricard asked for a religious exemption for the school’s pronoun policy due to her closely held beliefs, but the school refused.

Alliance Defending Freedom (ADF) represented Ricard in the lawsuit, with Director Tyson Langhofer calling the situation an attack on the “constitutionally protected freedom of teachers to teach and communicate honestly with both children and parents.” Another ADF employee, attorney Joshua Ney, summed up the situation seamlessly:

The Geary County School District unsuccessfully tried to convince a federal court that a teacher should completely avoid using a child’s name during a parent teacher conference in order to hide new names and genders being used by the school for a child in a classroom. Absurdity and deception has its limits, especially in federal court. I’m glad the case clarifies the financial stakes for school boards if they attempt to force teachers to lie to parents about their students.

ADF and Ricard redacted the lawsuit with the condition that Fort Riley Middle School officials would pay Ricard $95,000 in damages and attorney fees.

While this win is rare, it is a huge victory for free speech and in the battle against the woke mob.