On this episode of things I wish I never saw, a boy is now rushing to join a Greek sorority. 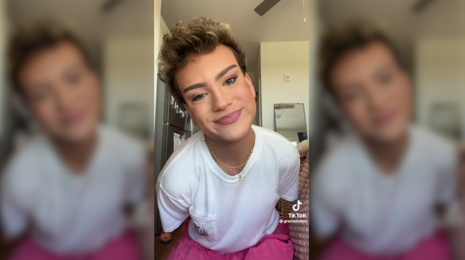 #BamaRush has been trending on social media lately as girls prepare to join sororities this fall. Though the thought of girls showing off every element of their outfit and fake tan was cringe enough, a male student has now joined the trend in an attempt to join a female sorority and TikTok is helping him.

Grant Sikes has joined the mix in hopes of getting selected for a sorority (this is called a bid). Mr. Sikes has gone viral with his “outfit of the day’s” (OOTD’s) and updates about rushing (the process of getting a bid). At the moment, he’s garnered over 57 thousand followers on TikTok with his videos reaching 1.8 million people.

Ironically, Sikes has “she/her/hers” in his TikTok bio but hasn’t updated his LinkedIn which still says “he/him.” Better change that if you really wanna commit to being a lady, dude.

At the University of Alabama, there are 39 fraternities for men and four chapters of Greek life that are co-ed. Despite having a total of 43 chapters to rush for, Sikes chose to pursue a bid from a sorority — the Greek life chapter for the ladies.

The definition of a sorority is “a women's student organization formed chiefly for social purposes and having a name consisting of Greek letters” but since we can’t define what a woman is as of late, it’s no surprise that Mr. Sikes has decided to push the envelope.

Nonetheless, TikTok has made it abundantly clear that it is in support of Sikes' delusional sense of identity. Other than his videos reaching millions of people, TikTok has censored comments that question Sikes role in a female sorority.

Aubrey Tuell, MRC External Affairs intern, commented “This is a joke right” on Sikes’s TikTok. TikTok removed her comment for violating community guidelines and stated that her account is at “high risk of being restricted” according to screenshots provided by Tuell. Tuell appealed the censorship and her comment was restored but will likely be suppressed by TikTok’s censorship team, who tend to prefer comments that fit the leftist agenda — Tuell’s didn’t.

Take the MRCTV TikTok for example. Our account has been censored by TikTok 42 times since the start of 2022 over baseless and biased reasons. MRC’s content does not fit the leftist mold so it, like Tuell, is an easy target for the Chinese Communist Affiliated App that is TikTok.

With the help of TikTok, Sikes is encouraging other biological men to pursue things that are and should be reserved for women. Naturally, this leads to a whole slew of issues. Last year more than 2,500 females rushed in Alabama’s sorority recruitment and 2,307 received a bid. If Sikes is chosen to join one, an actual female may not be given a spot herself. Not only that but if Sikes gets a bid, HE may get the chance to move into a sorority house/dorm for other members in the chapter. Therefore, he may end up sharing a bedroom with some unlucky sorority sister.

This isn’t the first time a man has tried to join a sorority. In 2015, a transgender freshman tried joining a sorority at Northewstern University, according to NY Post. Luckily, he didn’t get any bids from a sorority,  likely due to the fact that he’s well, not a she. Sororities were designed to establish “women’s-only organizations on public and private college/university campuses,” according to the National Panhellenic Council which encompasses all the major Greek chapters. It makes no sense for Sikes to get a spot.

Yet, I would bet that if Mr. Sikes gets dropped and a sorority doesn’t pick him to join their Greek house, he’ll  probably throw a diva tantrum and complain that the school is transphobic. Charades and acting is something the left excels at, I mean, look at who we’ve got running our country.

Refresh your TikTok to see Sikes’ daily delusion and tune in August 14 to see if he does indeed get a bid for a female sorority.