Pregnancy centers and churches around the nation have been under physical attack by the leftist mob of abortion activists, last night was yet another vile strike. 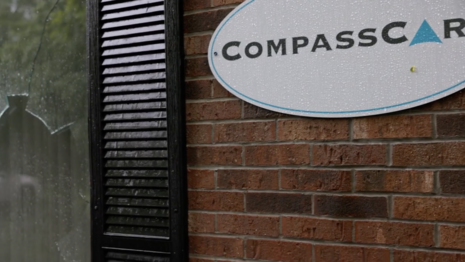 Late Tuesday, CompassCare pregnancy center in Buffalo, New York was targeted. Though the investigation is still underway, vandals reportedly firebombed the center, broke windows, and left graffiti on the building reading “Jane Was Here,” according to the company blog.

Other terrorist attacks have been erupting as of late and it is doubtful they will end soon. The Roe v. Wade decision is likely to come out within the next few weeks and attacks have gotten more frequent and closer together. Just this morning Supreme Court Justice Brett Kavanaugh was victim of an attempted murder, most likely due to his vote to overturn Roe v. Wade.

In a Facebook update, CompassCare CEO, Jim Harden, stated that the attack is going to “take months to repair” and that these vandals will “keep us from doing the work of the Lord. From being the light of the world.”

A group called Jane’s Revenge was likely to have conducted the attack as they have “claimed responsibility for similar attacks nationwide,” according to the Daily Wire.

In New York state, legislatures passed a bill last week to investigate pregnancy centers, the places that aim to save lives and NY Governor Kathy Hochul pledged $35 million to increase security at abortion clinics.  How much to keep crisis pregnancy centers safe? Zero.

Less than one week ago, the Capitol Hill Crisis Pregnancy Center in Washington D.C. was vandalized and attackers wrote “Jane Says Revenge.” The list of protest attacks is unfortunately growing and is likely to continue if the Court dismantles Roe.

Despite the vile display of evil on the CEO of CompassCare, Harden is still hopeful.

This is the pro-abortion ‘Kristallnacht.’ Because of this act of violence, the needs of women facing unplanned pregnancy will go unmet and babies will die. I wonder if Gov. Hochul will veto the Pregnancy Center Investigation Bill? I wonder if Attorney General Letitia James will investigate these cowardly criminals? CompassCare will rebuild because women deserve better. CompassCare will not stop serving because pre-born boys and girls deserve protection.

It is terrifying for organizations to be in such vulnerable situations all for their commitment to the protection of the unborn.