If violence is against a conservative, apparently it’s okay — especially if that conservative is a Trump supporter. 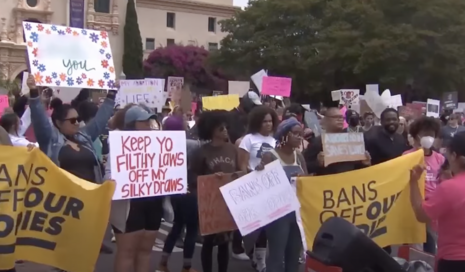 The lies and corruption behind Planned Parenthood are many and well-documented. Most recently though, a Chairwomen for Planned Parenthood’s Arizona branch bragged about her husband assaulting someone in a “Blacks for Trump” shirt. What happened to BLM?

According to AZ Free News, Chris Love was proud that her husband body checked a Trump supporter, last weekend at a Planned Parenthood Advocated of Arizona (PPAZ) “Bans Off Our Bodies” rally. In a midnight tweet on May 15, Love mentioned how her husband got “lost in the crowd” and said “Instead of hanging in the tented area with the cool kids, he was organizing folks. He also body checked some dude in a ‘Blacks for Trump’ shirt.”

Don't bother looking for her tweet thread. She blocked who can and cannot see it ... scaredy cat.

But, here's a screenshot. 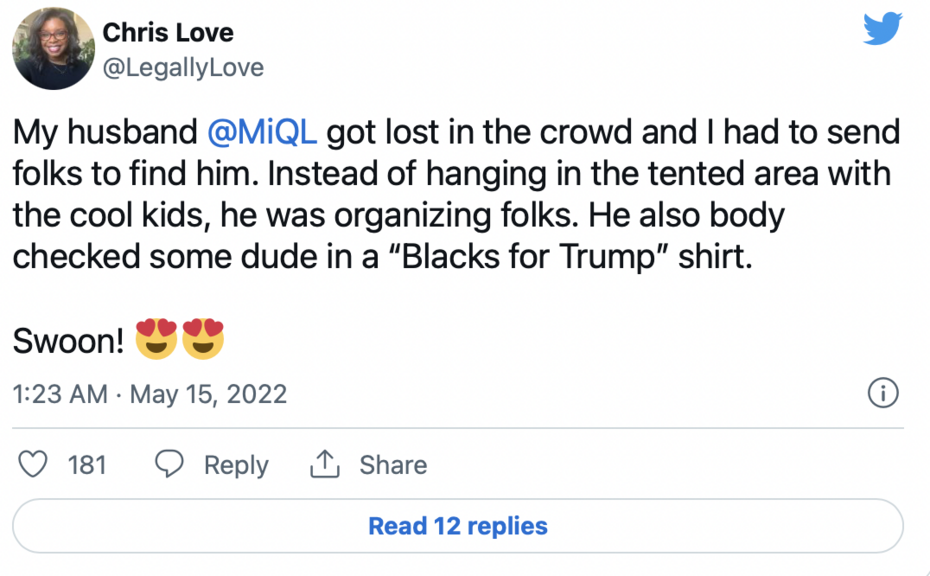 Love really should change her last name. This lady doesn’t promote love whatsoever. Back in September, she called for riots after SCOTUS didn’t put a stop to Gov. Greg Abbott’s “Heartbeat Bill.” SCOTUS probably realized that stopping a beating heart is murder but, nonetheless, Love was furious.

In a different piece by AZ Free News, Love’s insanity and violent proclivities are laid out. She tweeted her disapproval.

As promised, Trump and the Rs appointed some of the most conservative justices to the bench as a whole, not just the SCOTUS.

Then Love gave her call to action.

I know you’re upset, but we’ve had years to recon with what was coming. So, I’m not broken or deterred. I’m ready to FIGHT BACK! Are you? Then stop being polite about this. Stop speaking in hushed voices. Get some courage and shatter this s*** system!

No wonder hubby has aggression issues. What a nutjob. This lady’s agenda is clear. She wants Trump supporters or anyone who leans right to be dealt with in violent ways. If the man from the pro-abortion rally had a “Blacks for Biden” shirt on and Love and her violent better half were pro-lifers, they'd be in serious trouble. And if the body checker was white, this would make national news as racism.

That’s just the thing. None of this makes it on the main media channels because, God forbid, the true colors and intentions of the left are shown. No chance! The media is for boosting the left and squashing the right.

This insane and violent effort from Love and her husband is exactly the kind of people America should be trying to fight against.