What ‘We Needed This Year’: An LGBTQ+ Musical Film

The new film The Prom is, according to Indiewire.com, “every teenage girl’s dream: The high school PTA has just announced they’d rather cancel prom than let you bring your girlfriend, when a gaggle of garishly dressed Broadway stars you’ve never heard of storms in singing, ‘We are gonna help that little lesbian…’” This sounds like a woke fantasy more than anything else. 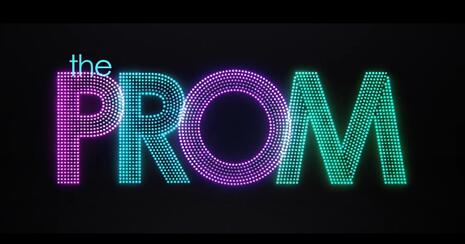 Indiewire.com claimed that the musical romantic comedy film “has all the makings of a classic Hollywood musical: Haughty urbanites descend reluctantly on a small provincial town seeking validation and instead find love, connection, and renewed life’s purpose.” But even they admit that the description is only accurate if one puts aside “its impassioned overtures for LGBTQ+ rights.”

“All the makings of a classic Hollywood musical.” Yeah, right.

The “adorable story” that is somehow “exactly the kind of feel-good entertainment we needed this year” follows a group of broadway stars who, in order to improve their professional reputations, decide to help a lesbian girl named Emma Nolan in Indiana, whose high school PTA group is canceling the prom so that Emma and her girlfriend cannot attend.

One of the Broadway actors tries to convince Emma’s fellow students (who are naturally conservatives) to accept Emma’s lifestyle in a dance number called “Love Thy Neighbor.” The title of the number conveniently ignores the fact that love does not equal tolerance and that love means taking care of the other person, which includes stopping them from engaging in harmful acts. But hey, this is the culture of doing whatever you want without any regard to personal responsibility or consequence.

The relationship between Emma and her girlfriend “remains mostly innocent.” At least, they spared viewers make out scenes.

The Prom doesn’t sound like a classic Hollywood musical at all. It seems to be more of a typical Hollywood lecture on how everybody should accept the LGBTQ+ lifestyle. Those types of lectures are radical left propaganda. They are not “adorable,” not “feel-good,” not “entertainment,” and definitely not what “we needed this year.”