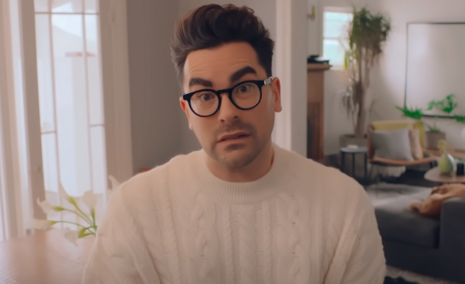 A scene from the TV series Schitt’s Creek that showed two men kissing each other was censored by Comedy Central India. Levy, who created and starred in the series, was not amused and objected against the censorship of the scene.

Power of inclusivity? Gays are already included. In fact, they’re over-represented. At 10 percent, the percentage of LGBT characters in main and supporting roles on primetime TV shows is far higher than the percentage of Americans who identify as LGBT, which is 4 percent. And they aren’t satisfied with that. Their new goal is to make 20 percent of TV characters LGBT.

Levy and others have an agenda. That professed goal to increase the number of gay and lesbian TV characters? Sheer propaganda. It’s like the idea of producing “honest” abortion stories in Hollywood. Normalizing the abnormal is the point.

Too bad Comedy Central India isn’t falling for it.