Unhinged John Cusack: Trump Is like Hitler, Pence Can Go to Hell

Actor John Cusack is at it again, attacking Trump and his administration with both guns blazing. Unfortunately for him, his guns are misfiring. 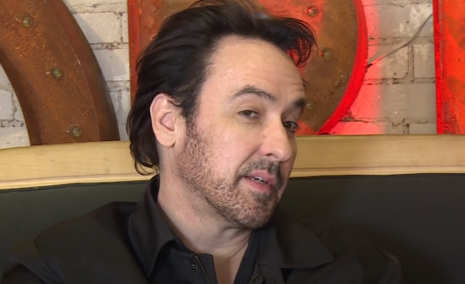 An article on mediaite.com reported that Cusack “compared President Donald Trump to Adolf Hitler in a new interview, specifically when it comes to the art of politics.”

Yup, we’re all just waiting for Trump to march on Poland. We hear that if the president defeats Biden in the election, children will be forced to join a new organization called the “Trump Youth.”

Continuing his tirade against Trump, Cusack stated that “The first time he tore a child away from their mother’s arms and put them in a cage, this wasn’t a reality TV show anymore. This was real fascism.”

Cusack regularly tweets and retweets similar verbal attacks at Trump and his administration on Twitter. For example, Senator Kamala Harris’ campaign team had requested that plexiglass barriers be erected around her and Vice President Mike Pence during their debate tonight to prevent the spread of COVID-19. (Fans of ‘60s sitcom Get Smart may be reminded of the Cone of Silence.) Pence’s Chief of Staff, Mark Short, replied that the Vice President did not need a barrier since it was deemed ineffective in lessening the spread of the disease, though they said that Harris could keep her barrier up. (Imagine how ridiculous she’d look on stage.)

John Cusack’s response, as was tweeted yesterday: “Gosh maybe he can go straight to hell ?”

Cursing people for refusing to be encased in plexiglass, yet respecting their opponent’s desire to be protected in one is entirely unbecoming. Apparently, Cusack can’t handle subtle jabs from the Right, even as he goes all out against them.

It shows what kind of a person he is on, and presumably off, Twitter. The Left always seems to attract such supporters.