Lebanese Christians Lament Ignorance of Their Plight: ‘No One Even Knows About It’

It’s been one year since the Lebanese Christian village of Qaa was targeted by eight ISIS suicide bombers – an atrocity that killed five and wounded 32. Had this horror happened in the west, it would have garnered copious media coverage. But the American network news shows didn’t mention it.

In an op-ed written for Newsweek, In Defense of Christians vice president Andrew Doran commemorated the one-year anniversary of the lives that were lost. Noting Qaa’s role as a “symbol for the courage of Christians of Lebanon,” he explained that the targeting of Christians is not a new issue in the little nation – or the Middle East at large. 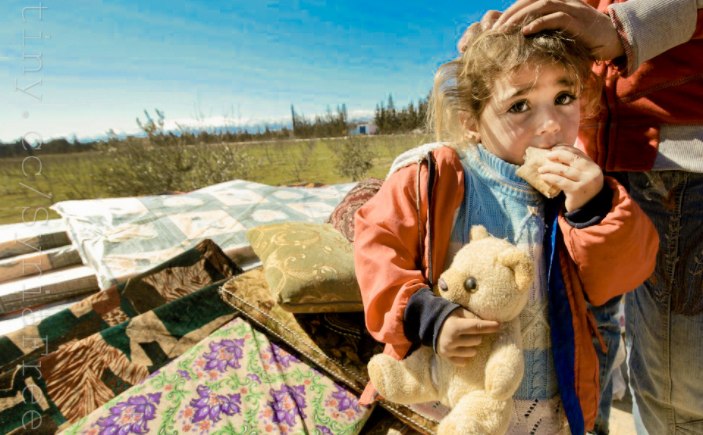 While Christians were once a majority in Lebanon, that is no longer the case. From the civil war which began in the 1970s, to the Syrian occupation, to ISIS aggression, followers of Christ have suffered intensely.

But Qaa’s mayor, Bachir Matar, does not intend to evacuate. “We will never abandon Qaa,” he said. “For forty years we have been attacked. One hundred fifty of our people have been martyrs. First the Palestinians, then the Syrians, and now Daesh. We won’t be driven out by Daesh.”

If they ever did leave the region, some believe it would be fatal for Europe. According to Doran, many Lebanese say that “Lebanon is the front line for the West.”

This fact makes the lack of awareness of Christians’ plight especially disturbing.

Yosef Farris, a policeman whose brother died in the Qaa attack, expressed frustration about the world’s ignorance. “America had nineteen attackers and that led to a global war. We had eight and no one even knows about it.”

In Iraq, the situation is even worse. There, the Christian population has dramatically dwindled; while there were once 1.4 million Christians, there are now less than 200,000. There, and in Syria, Christians and Yazidis face a full-scale genocide at the hands of ISIS. This is a reality that the State Department, President Trump, and Vice President Pence have all acknowledged. Even still, the broadcast news networks have been reticent to use the “g-word.”

Now, though several formerly ISIS-controlled towns have been deemed safe for reoccupation, Christians aren’t returning. That is a highly concerning blow to the prospects of pluralism in the region.

According to Newsweek reporters Tommy Trenchard and Aurelie Marrier D’Unienville, the reasons for the hesitancy are threefold. Iraqi Christians believe that the law will not protect them. And indeed, they are constitutionally second-class citizens. Additionally, they fear neighbors sympathetic to ISIS and wonder whether another terrorist group will force their evacuation later down the road.

It seems that the return journey is not worth the risk. And so, many languish in Internally Displaced Persons (IDP) camps, which do not receive UN aid. Some fear UN administered camps because they fear discrimination and violence because of their minority faith status.

But the United States is trying to help. Christian advocacy groups like the Knights of Columbus have raised over 1 million dollars to help support the IDPs. H.R. 390, passed unanimously by the House, seeks to provide emergency relief to them. And most recently, Senators Marco Rubio (R-FL), Ben Sasse (R-NE), James Lankford (R-OK) and John Cornyn (R-TX) sent a letter to Secretary of State Rex Tillerson urging prioritization of financial support.

Without an increase in awareness, aid and continued anti-ISIS action, Christianity is in danger of dying out in the Middle East.