Marawi, a predominantly Muslim stronghold on the heavily Catholic island of Mindanao, has been racked by ISIS-inspired terrorism and violence since May 23. Yet, in the three weeks since that date, the big three networks have spent a mere 25 seconds discussing the conflict on-air.

Last month, after Filipino military attempted to corner terrorist leader Isnilon Hapilon, the latter was believed to have sent out an emergency call for support from the ISIS-affiliated Maute group. Roughly four hundred terrorists then descended on Marawi, raising ISIS flags, capturing civilians, bombing churches and wreaking havoc on the Filipino city.

Knowing this, Noor Lucman, a Muslim resident of Marawi, took 64 Christians into his home after the raids began. When ISIS members knocked on his door, Lucman told them to go away and without force, they did. But if militants had known that Lucman was housing so many Christ followers, it would have been a different story.

“If they knew that there were Christians in my house, they would all be beheaded and executed,” he explained to news source MP+.

Now, three weeks after the violence began, “bombs continue to shake” Marawi, as CNN Digital News Producer Ben Westcott noted in a June 12 report. The fighting is unlikely to end before a fortnight is up, officials say; yet still, ABC, CBS and NBC news shows have given shamefully minimal coverage to the struggle that has reduced Marawi to rubble. 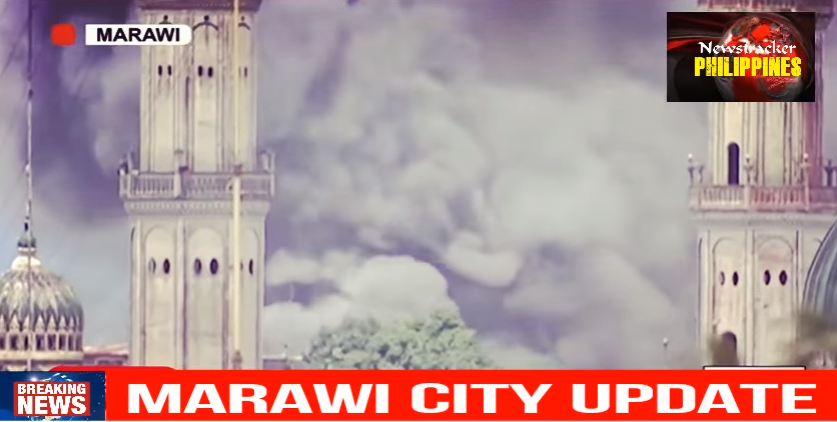 “I was raised here all my life and looking at pictures, there was no semblance of Marawi anymore,” a crisis management committee spokesman told local Filipino news outlet ABS CBN. “It’s like looking at Syria and Aleppo. The damage on properties is staggering.”

Current reports reveal that more than 20 civilians and 58 military and police have lost their lives since the siege began. Many more are trapped or being used by militants as human shields. A priest and a dozen of his parishioners are being held hostage after their cathedral was blown to smithereens. More than half of Marawi’s 200,000 residents have fled.

Although the Marawi crisis is much larger in scope, the network morning and evening news shows have devoted 12 times more airtime to the June 1 robbery incident at a Manila resort. The latter was not an act of terror, but rather a heist which became deadly when the thief opened fire. Even still, the nets gave the incident more than 6 minutes of coverage.

Similarly, the nets covered the Manchester bombing much more extensively than the Marawi raid, discussing it in more than twenty reports in the week following the tragedy.

One can only imagine why the ABC, CBS and NBC have given so little on-air coverage to the disturbing spread of ISIS in Southeast Asia.