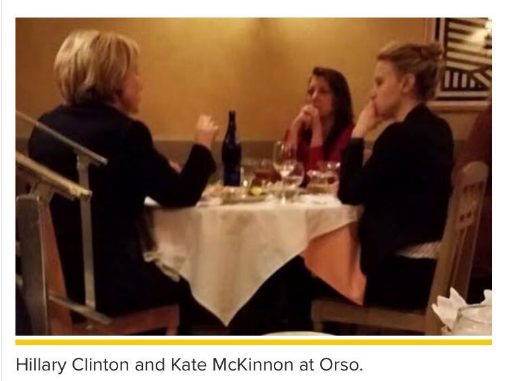 On February 16, the former presidential candidate and her SNL double were spotted dining together in New York City, and the media had a field day.

“Ah, to be a fly on that wall!” gushed US Weekly’s Joyce Chen.

“We wish we were invited,” wrote Refinery29’s Christopher Luu, calling the date “something akin to a G20 meeting to discuss renewable energy.”

“Yes,” he enthused, “SNL's Clinton and the real-life Clinton were in one place and the time-space continuum remains intact.”

According to one source, the duo had a laughter-filled evening over a pre-theater dinner at Orso. Afterward, they attended a production of Sunset Boulevard, starring Glen Close. 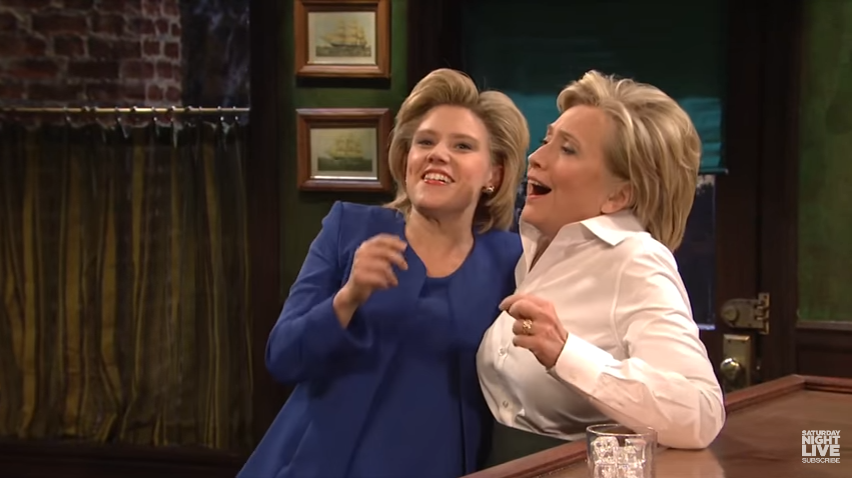 Huffington Post’s Sara Boboltz commented on the friendship, noting that the two women were mutual fans of each other.

The Daily Beast’s Tom Sykes went further.  “Clinton’s evidently relaxed and amiable attitude to her SNL double stands in marked contrast to the president’s petulant complaints on Twitter about the show following Alec Baldwin’s impression of him,” he wrote.

That’s no wonder. McKinnon mostly threw softballs in her portrayal of Hillary Clinton, while Baldwin lampooned Trump in a virulent and exaggerated fashion.

But although Baldwin’s goal to eliminate Trump from the election ultimately backfired, SNL’s ratings have gone up to a six-year high.