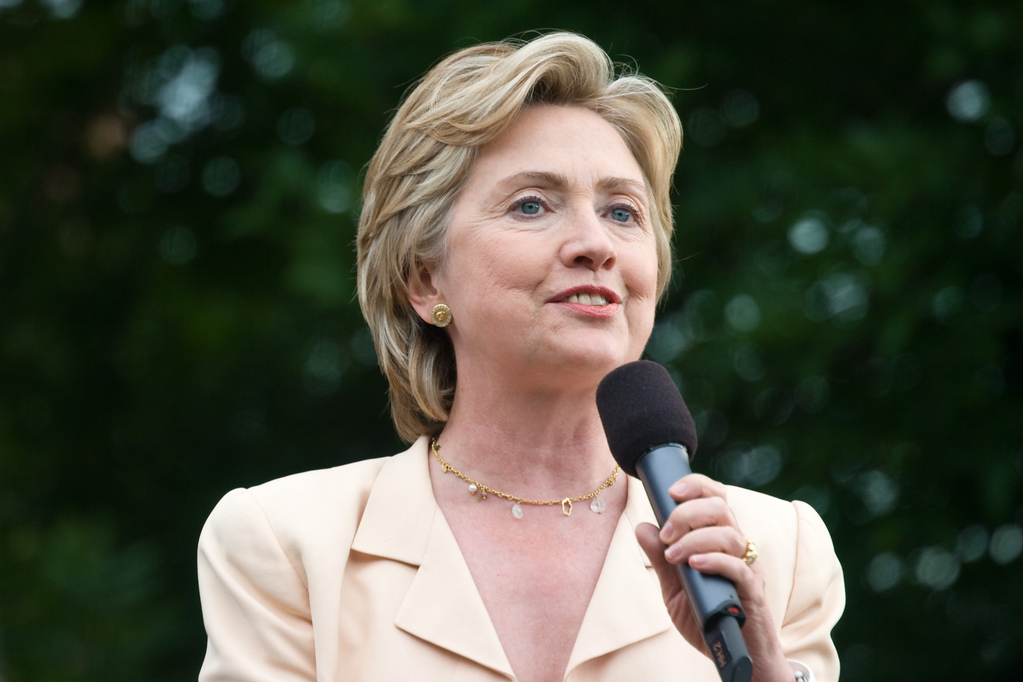 Toward the end of the last 2016 presidential debate, Donald Trump muttered four words that sparked a feminist firestorm: “Such a nasty woman.” Little did he know that celebrities, women’s magazines and pro-choice organizations would reclaim the insult for their cause. Check out the following slides to see exactly how feminists responded. 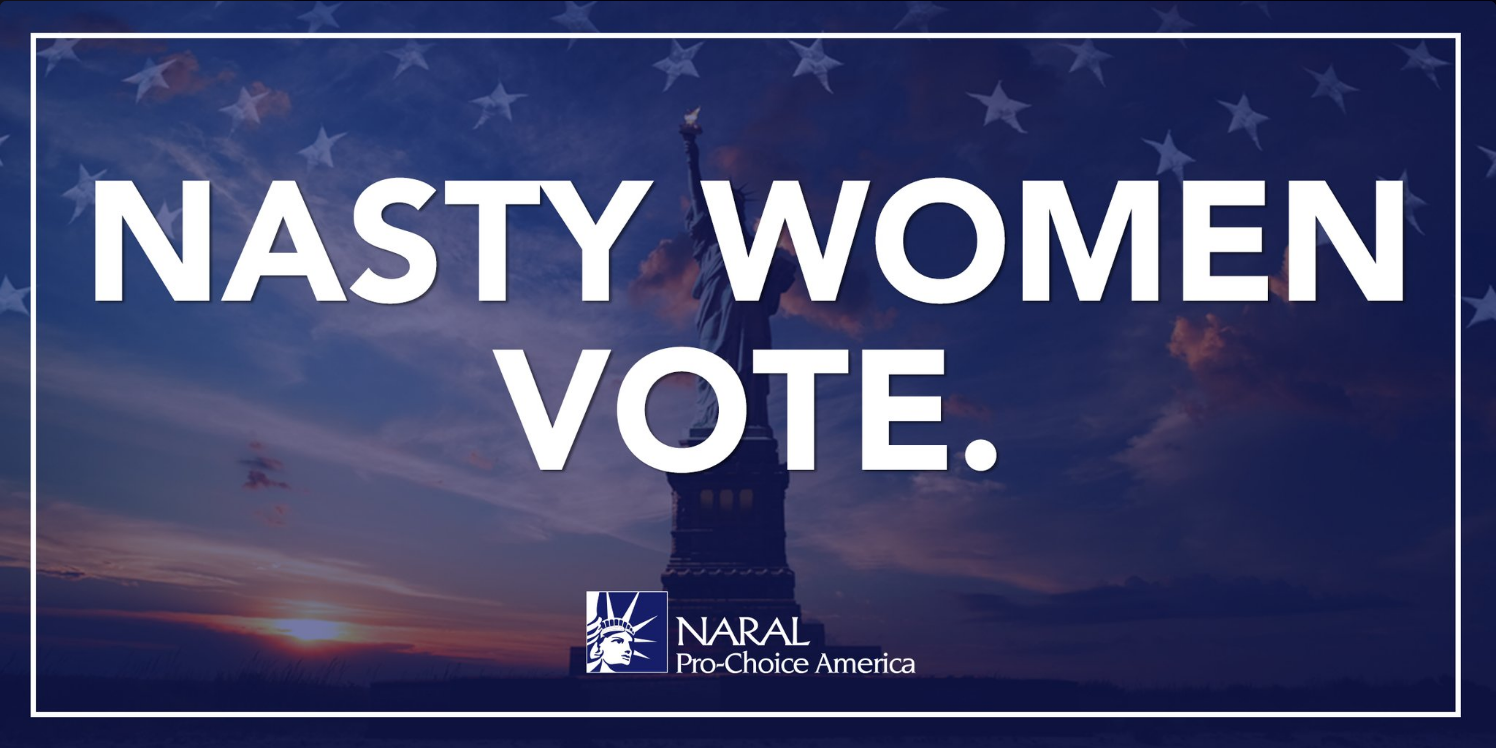 National pro-choice group NARAL created a sticker in response to the slur. In a tweet, the organization wrote: "A message to Donald Trump from all the #NastyWomen out there: Boy, bye. Get your FREE sticker http://bit.ly/2en8kI0  #ImWithHer #NastyWoman." 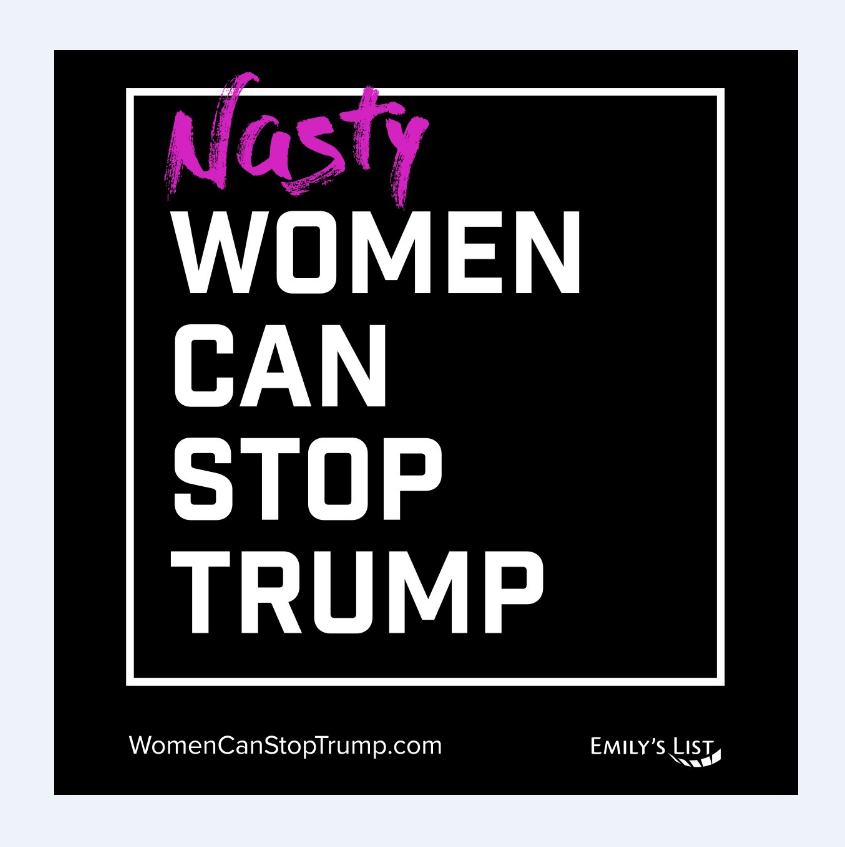 Emily's List, the group that works to get Democratic women in office, tweeted: "We're proud to be #NastyWomenWithHer. Get the sticker that can help stop Trump: http://bit.ly/2ekKRZx  #WomenCanStopTrump." 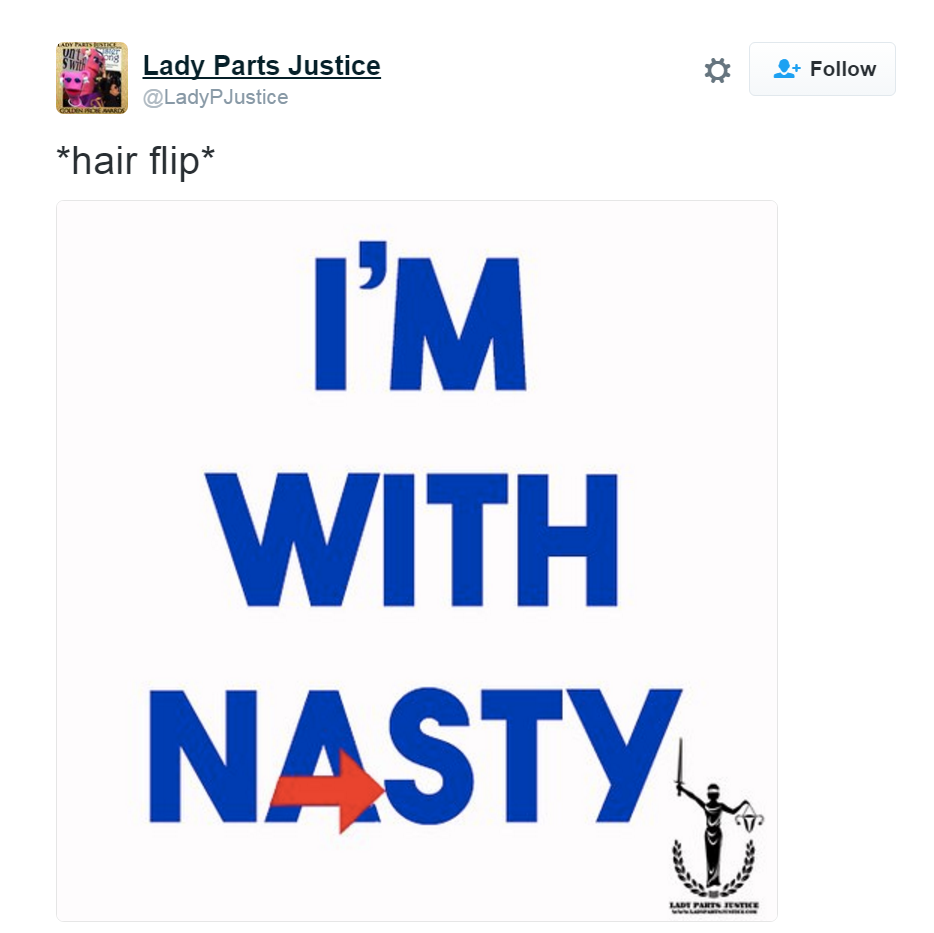 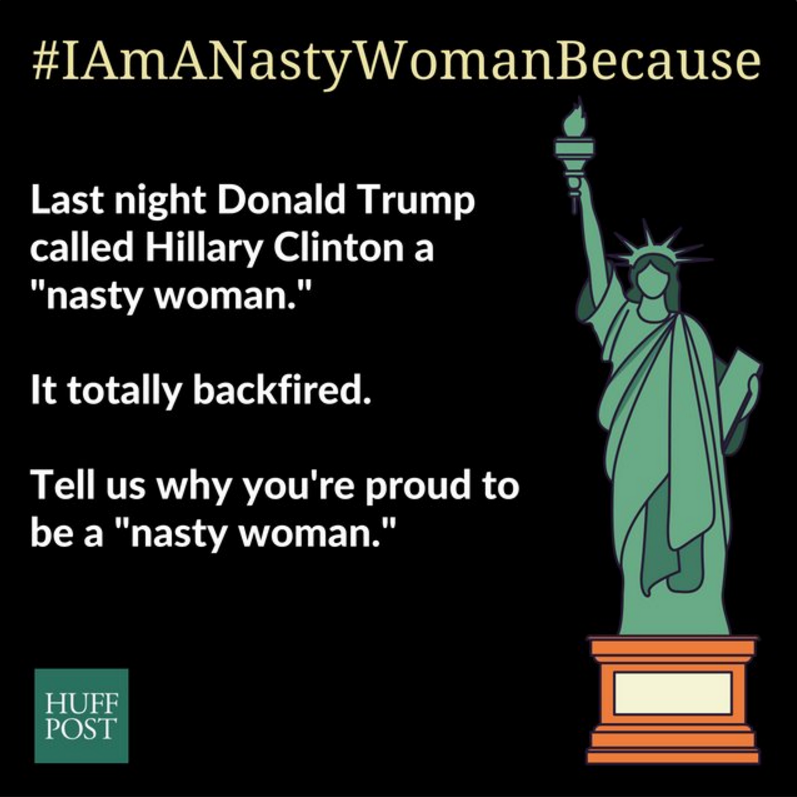 Huff Post Women tweeted: "Trump, we're coming for you #IAmANastyWomanBecause." In response, a number of women detailed the reasons for their own "nastiness," which included those like this one: #IAmANastyWomanBecause I believe a woman's place is in the House (you know, the big white one built for presidents) #MadamePresident." 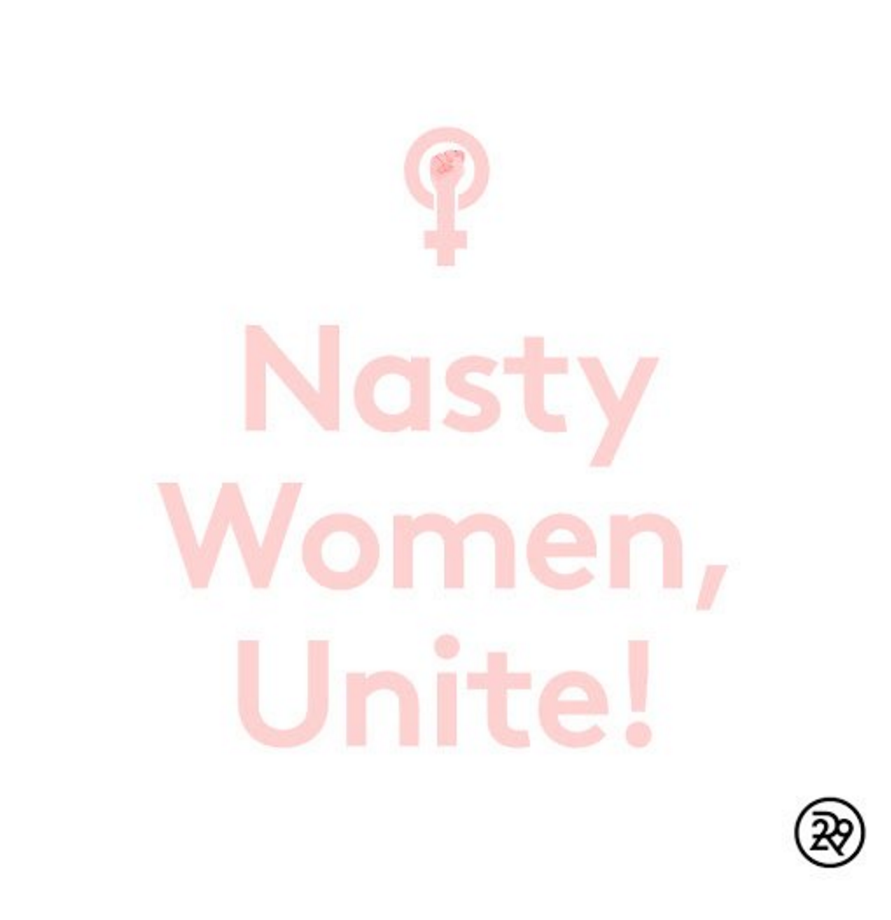 The feminist media site tweeted: "S/O to our #NastyWomen #debate." 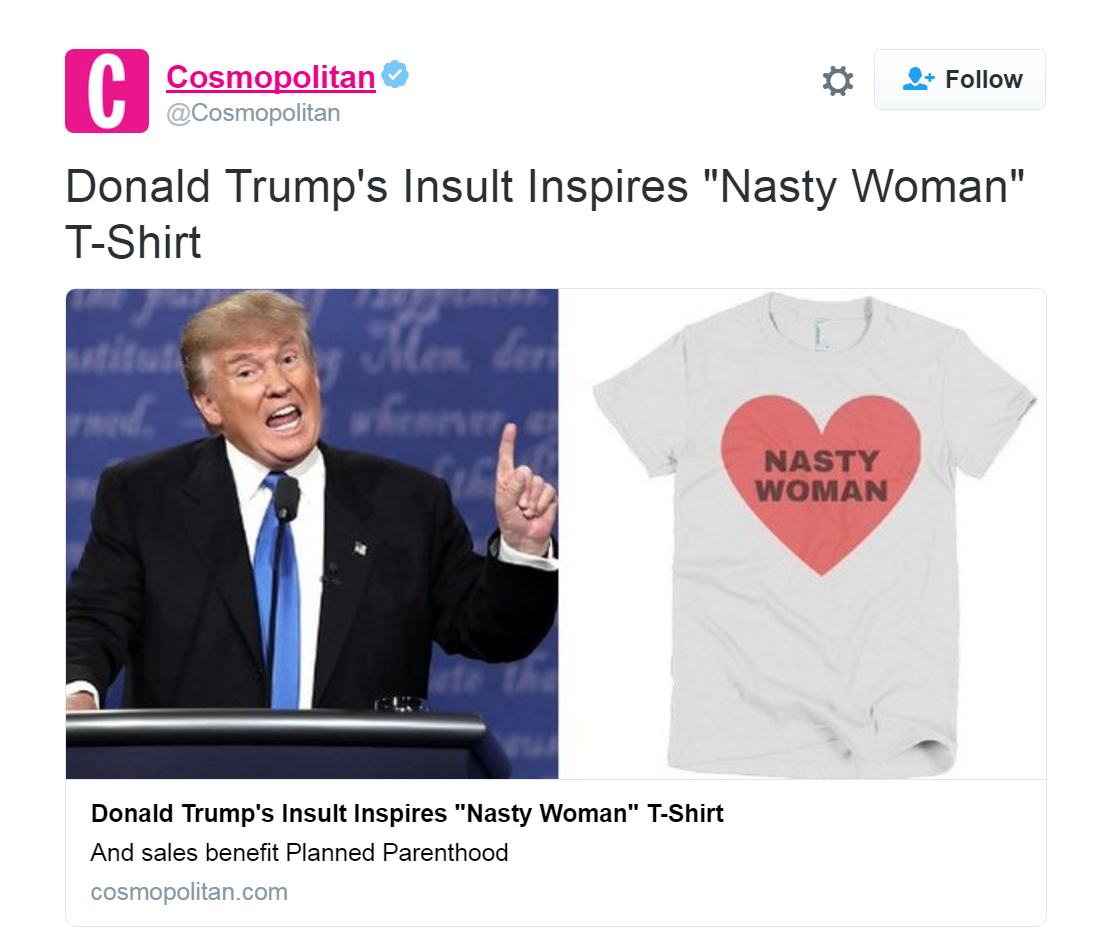 Now there's a shirt about this. In a true feminist partnership, Planned Parenthood is getting half the proceeds from sales, and Cosmo is promoting it. I'll give fems this - they're stronger together. 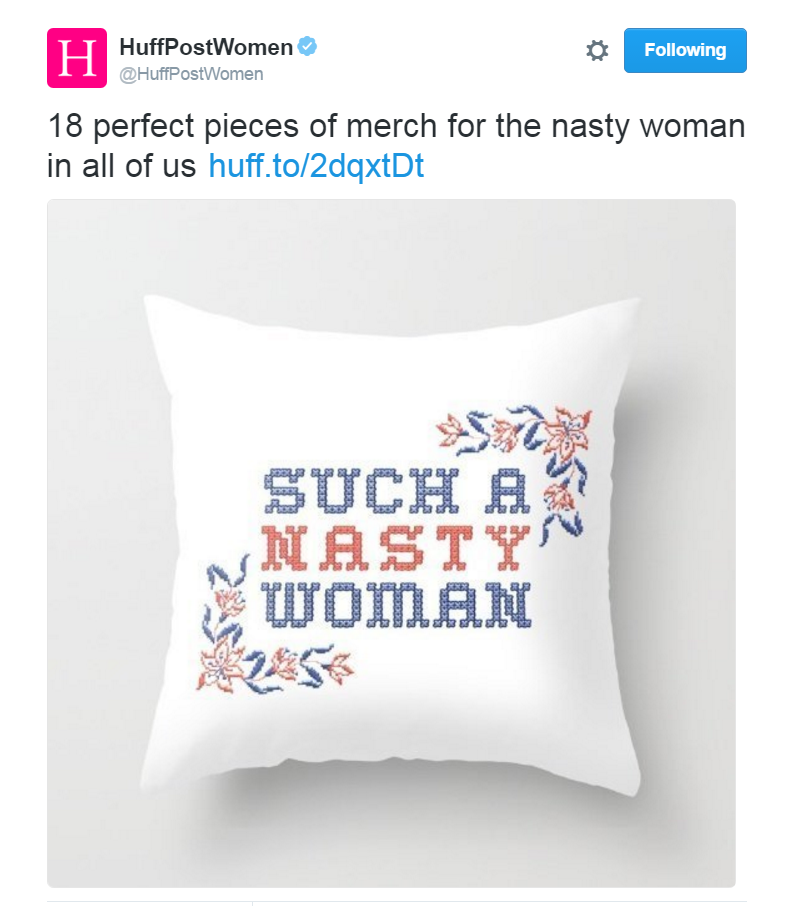 What, pillows too? It's not just shirts, folks. We're going to be seeing a lot more nastiness to come. 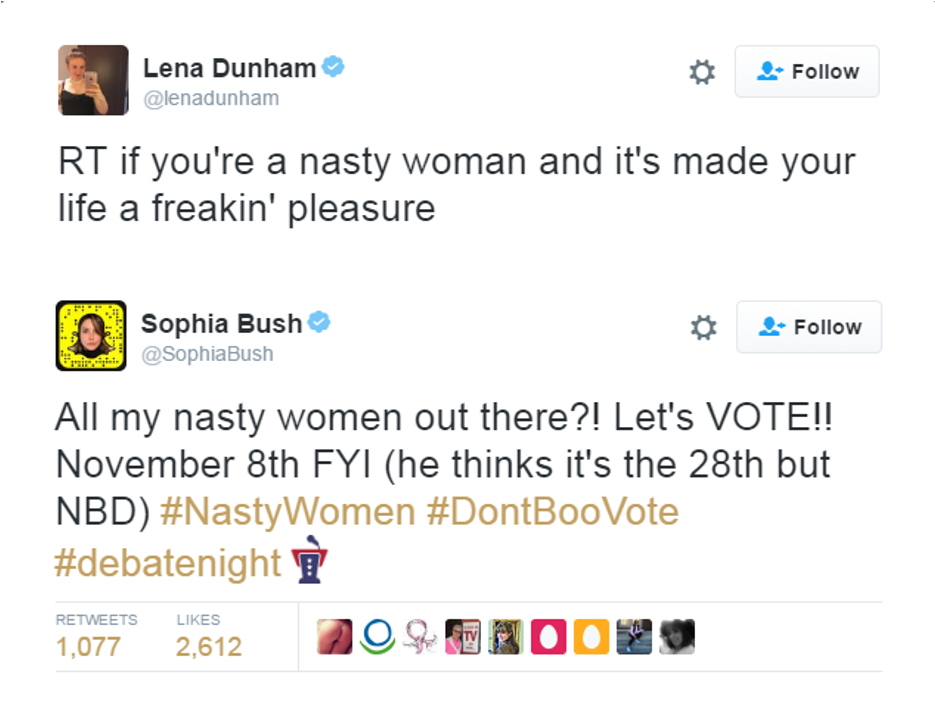 Of course, celebrities had their own words to add.