'The Proud Family' is Coming Back 'Prouder' and Gayer

This is a warning to parents who want to introduce their children to their childhood favorite, "The Proud Family" - the upcoming reboot of it...is really "proud." 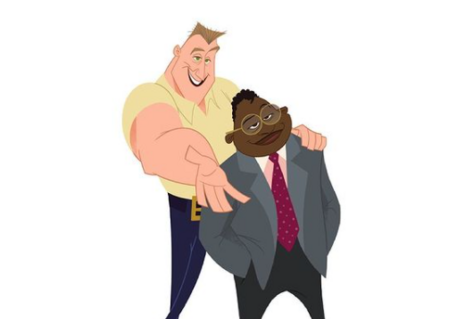 If you don't remember, the animated series "The Proud Family" aired from 2001 to 2005 and "[follows] the adventures and misadventures of Penny Proud as she does her best to navigate through the early years of teen-dom," according to the original version of the show's description on IMDb.

The show and the subsequent reboot are rated TV-Y7, which is designed for children ages seven and up. But the new reboot has themes and characters that may not be appropriate for children.

In the age of reboots, Disney+ is revamping the animated series with the upcoming "The Proud Family: Louder and Prouder," airing on February 23rd. This new take on an old classic gets both louder and prouder in the way of pushing the LGBTQ agenda. The show heavily leans into this as, according to producer Ralph Farquhar, the biggest change in the show is the "introduction of LGBTQ+ characters."

Penny Proud's (voiced by Kyla Pratt) best friend Michael Collins (EJ Johnson), a reoccurring character in the original show, was Penny’s “flamboyant friend” and son of the school coach who was often bullied due to his love of fashion and other interests. Many suspected in the original series that he could be LGBTQ and it is confirmed in the new reboot with him being gender non-conforming.

"Just to have a character who’s out and proud and fabulous," Johnson said, who is LGBTQ, said about his character. "I was blown away that this character exists."

Not like this kind of character doesn't exist throughout Hollywood projects, I'd be more surprised if a conservative character was seen in a good light.

This is not the only LGBTQ character, as the show features two dads. Barry (Zachary Quinto), Randell (Billy Porter) Leibowtiz-Jenkins and their adopted activist daughter Maya (Keke Palmer). Maya is described as an activist in the show - because, of course - which means there will probably be storylines pertaining to this.

If you look at the guest star list, you might suspect these aren't the only LGBTQ characters or themes on the show. According to Out Magazine, "It's a queer family affair!" The show will feature the voices of Lil Nas X (who, if you don't remember, had his unofficial 'Satan' Nike shoes contain human blood), Lizzo, Lena Waithe, Jane Lynch, and Bretman Rock, who are all LGBTQ.

If you're looking to introduce your children to the shows of your childhood, 'The Proud Family: Louder and Prouder' doesn't look like the show for you.