Leftist TikToker: 'Normalize Spitting Into the Drinks of Trump Supporters'

The newest left-wing strategy for political discourse has been revealed in the depths of TikTok. The people who call for equity, diversity, and inclusion are now calling for spitting into the drinks of Trump supporters.

According to our favorite new source LibsOfTikTok, a leftist Tiktoker wants to normalize spitting into the drinks of Trump supporters. 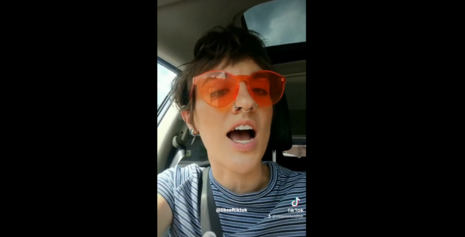 TikToker calls to “normalize spitting into the drinks of Trump supporters” at bars pic.twitter.com/O7sj9BNwAG

The visibly disturbed leftist sits in her car and begins her hated-filled, anti-Trump rant. “Normalize spitting in the drinks of Trump supporters!” the septum-pierced women states. “Are you at a bar, or brewery or restaurant in which you did not expect to see a Trump supporter because their website and decor otherwise declared they are LGBTQIA+ friendly? Maybe they have a pride flag; maybe they have a BLM flag in their window, but you still for some reason seen an ungodly Trump supporter and heaven forbid they’re also wearing Trump merchandise?!” She’s right about something; only an insane leftist would go to a bar she’s describing.

“Well, take an unfinished drink from the table, spit in it, hand it over to them, and tell them that you bought them one. And then pray to whatever glorious creature gets you out of bed in the morning that they take a sip of it and suffer for the rest of the day,” she concludes. “Thank you, goodbye.”