When the college lefties do not get their way, they throw temper tantrums. From protests to petitions, these snowflakes cannot handle dissent from their worldview.

According to the Root, Justice Clarence Thomas will no longer be teaching at George Washington’s Law School due to a student-led petition. 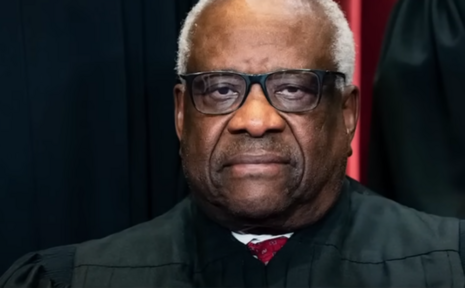 Students at George Washington created an online petition to terminate the university’s relationship with justice. The 11,300 signatures stated the school’s employment of the Justice was “completely unacceptable” because Thomas does not think the Constitution allows for the murder of babies. Due to this immense pressure, the GW law school capitulated to the woke mob. “Unfortunately, I am writing with some sad news: Justice Thomas has informed me that he is unavailable to co-teach the seminar this fall,” said US Court of Appeals for the Armed Forces Judge Maggs. “I know that this is disappointing. I am very sorry.” Maggs has been co-teaching a constitutional law seminar with Justice Thomas since 2011. “The seminar has not been canceled but I will now be the sole instructor,” Maggs continued. “For those of you still interested in taking the course, I assure you that we will make the best of the new situation.”

The mob did not get a complete victory as Justice Thomas is still employed by the university. “Because we steadfastly support the robust exchange of ideas and deliberation, and because debate is an essential part of our university’s academic and educational mission to train future leaders who are prepared to address the world’s most urgent problems, the university will neither terminate Justices Thomas’ employment nor cancel his class in response to his legal opinions,” said George Washington Law Dean Danya Bowen Matthew and Provost and Executive Vice President for Academic Affairs Christopher Bracey stated in a letter to the students.

Justice Thomas continues to be attacked by the always woke and insane college students.