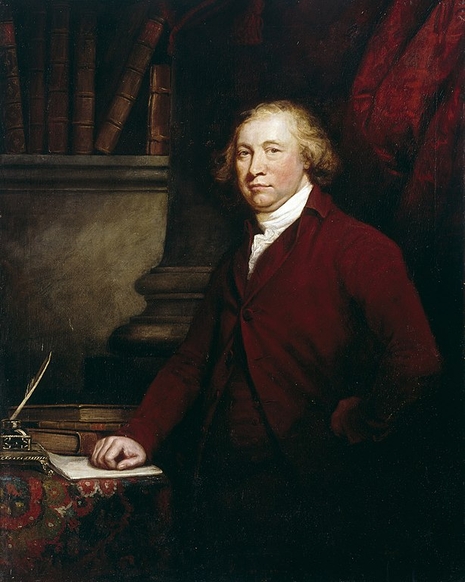 “People will not look forward to posterity who never look backward to their ancestors.” – Edmund Burke

Edmund Burke would recognize the people coming for his statue. The original anti-Jacobin could spot our young Jacobins a mile off. Burke (1729 - 1797) was an Irish member of the British Parliament and a political philosopher many consider the Father of Conservatism. From its first months he saw the French Revolution for the bloody chaos it was. The Reign of Terror and the endless thudding of the guillotine proved him right.

According to the Telegraph, a committee of British MPs (which may or may not be named The Committee of Public Safety) has included Burke on a list of people who “supported slavery [or] had financial or family interests in the transatlantic slave trade and slavery,” and whose images should be purged from Parliament.

You see, they want to make sure Parliament’s art collection is “more representative of diversity,” as diversity is defined by BLM and other radicals. You know the drill: get rid of the old white guys to make room for representations of gender queer Camaroonian poets or brave biracial gay labor organizers.

The problem with airbrushing out Burke is that he was anti-slavery. He despised the slave trade and never made a shilling off it. His brother had interests in Caribbean slave plantations, but Edmund called slavery “unnatural” and lamented it was “a weed that grows in every soil.”

Cambridge professor of political thought Richard Bourke told the Telegraph that Burke’s inclusion on the list is “definitely nonsense.”

Bourke explained that Burke “supported immediate abolition in the late 1780s, but then retracted during the French Revolution. The moment, he thought, was not right.”

But since the woke don’t do nuance, Burke has to go. According to Professor Bourke:

Given these complexities, there are commentators out there who conclude that because he had a scheme for reforming the trade he was a supporter of it. Ideology knows no bounds.

Yep. Off with his head!