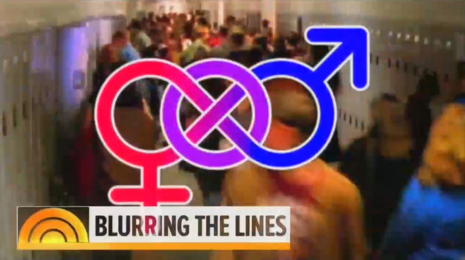 Folks, are you like me? Do you have a taste for absurd comedy along the lines of Monty Python? Then treat yourself to NBC’s Today Parents Newsletter where you’ll find pieces like the April 21 essay by one Jay Deitcher – so bizarre it must be an update of the classic Coal Miner Son sketch.

Deitcher is “a writer, stay-at-home dad and licensed clinical social worker with over a decade of experience as a therapist for children.” In other words, he’s progressive’s progressive, who prided himself on “blurring gender lines” and, frankly, seems to hate himself for being born a man. So he was bound and determined to raise his son like a sociology experiment. Then, reality hit:

After turning 2 years old, my son, Avishai, started demanding that he only wear tractor shirts, and my mind spiraled into darkness. I catastrophized worst-case scenarios, imagining a world where he fell for everything stereotypically manly.

The horror. See, Deitcher had “always judged other guys who seemed boxed in by masculinity, but 3 ½  years ago, when I became a stay-at-home dad, my bias skyrocketed,” even as his testosterone plunged.

Deitcher had been determined out-feminine his wife when it came to raising Avishai. “Every day I fed Avishai and cuddled him and soothed him, Deitcher writes. “We co-slept, and he snoozed with his head resting on my chest, listening to the rhythm of my heartbeat.”

Even better, “Once my son could walk, I paraded him through the park while he rolled his baby doll down the sidewalk in its stroller.” My favorite part is where he admits to hiding football-themed baby clothes in “the depths of his closet, never to be found.”

“But then came the tractors.” The Rise of the Machines had nothing on this trauma. His son found kids programming with tractors and loved it. Deitcher hoped it was just a passing fancy. “But when he demanded the shirts, I felt like I failed him. I pride myself on blurring gender lines. I wanted him to, also.”

But the story has a happy ending. Deitcher has been keeping his anti-man bigotry in check, and has learned to stop worrying and love the tractors. Avishai “had to define his own identity, not influenced by my own bias of what I deemed to be too masculine.”

See, with patience and open minds, we can have progress and inclusion.