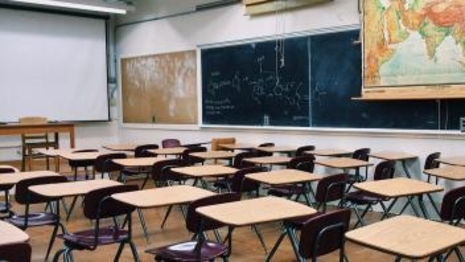 Normal people who have to send their kids to Loudoun County Virginia’s public schools face a Whack-A-Mole game of lefty dysfunction. As soon as you get a handle on Critical Race Theory, an unreported school rape pops up. Force the resignation of a lunatic school board member, the prospect of boys on the girls volleyball team leaps out at you. Heck, not even changing governors can tamp down the crazy. And the hits just keep on coming.

In a Loudoun County Public Schools training document, recently acquired via FOIA, LCPS instructs staff that the school district must determine whether the parents should be provided information about their child's gender identity.

According to LCPS guidance on “Confidential and Supportive Approaches” to dangerously confused kids:

Privacy and confidentiality are critical for transgender students who have families that do not support or affirm their gender identity. Disclosing a student’s gender identity can pose imminent safety risks, such as losing support or housing.

Then, maybe after the school staff has convinced little Roberta that she’s destined to be Bobby, they’ll help the youngster break it to the Neanderthal parents, “provide information and resources to families about transgender issues” and “provide close follow-ups with the family and student” to make sure the mouth-breathers are letting Bobby have the all the testosterone he wants.

The left is outraged that Florida is passing laws to ensure school transparency for parents (not the progressive “Don’t Say Gay” deceit). Such laws are one of the few mallets parents have against the arrogance and extreme ideology of the school boards and bureaucracy.