Ya gotta feel bad for the South by Southwest folks. Just once a year, they want to get together to publicly examine their virtues, hold their shining intellects up for consideration and propose ways they can drag the rest of us mouth breathers up onto their enlightened plane. They want to talk about wind farms and vegan bologna and the “Latina Power Pipeline.” 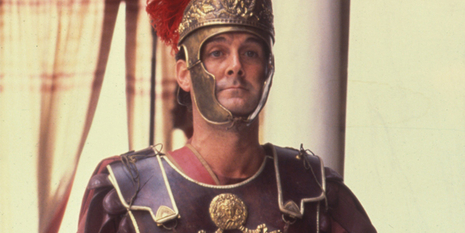 Most years, it goes off without a hitch and they all jet home to fight for sustainable microbrews or more pansexual Nickelodeon characters. But this year, some knucklehead went and invited John Cleese to be on a panel. The decidedly unwoke Monty Python founder has caused much tutting among elites lately for insisting that people should have a sense of humor, and for defending J.K. Rowling’s heretical opinion about men being men and women being women. Predictably, Cleese ended up playing the proverbial skunk at the wine and locally sourced cheese party.

According to The Hollywood Reporter’s disapproving report, the Friday evening panel was titled, “John Cleese in Conversation.” Dan Pasternack, the creator of “Portlandia” moderated the panel, which also included  Jim Gaffigan, Dulcé Sloan and Ricky Velez. The group could only take so much of Cleese’s conversation.

Things were apparently okay until Sloan, a black woman correspondent for “The Daily Show,” brought up colonization (like ya do).

Cleese said  people “forget the British Empire was the basic political unit of organization for 6,000 years – the British didn’t start [colonizing].” In other words, colonization and empire are as old as history itself.

He then opened a can of informed historical perspective on the session:

Oh dear. He may as well have been reading aloud from the “Dirty Hungarian Phrasebook.” He couldn’t be stopped:

“[People] get competitive about this business of being oppressed,” Cleese said (seemingly unaware he was doing exactly that). “We were oppressed, the English, by the Romans for 400 [years], from about 0 to 400.”

“You’re really going back, Pasternak scoffed and Velez said “This is getting so uncomfortable,” asking if the panel was “a new Dave Chappelle special?” Chappelle too has a bad habit of saying things good progressives find icky.

But Cleese was undeterred:

“I want reparations from Italy,” Cleese said drawing shocked gasps. “… and then the Normans came over in 1066 … they were horrible people from France and they came and colonized us for 30 years – we need reparations there too.”

All this eventually led Sloan to take Cleese’s microphone away, temporarily. It was probably done in jest, but it may not be funny for the reasons she thinks …