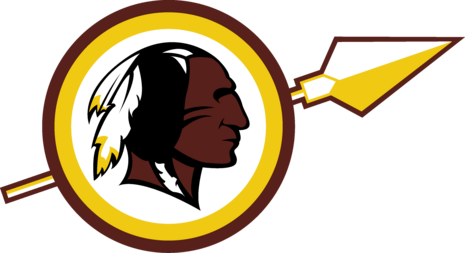 Until the George Floyd killing sent corporate America into unreasoning moral panic in 2020, the only people who had a problem with “The Redskins” were weenie Washington Post sports writers and weenie local Dem politicians. The fans loved the name. The owner loved the name. Heck, 90% of American Indians had no problem with the name or the logo.

But the BLM freak-out claimed the Skins’ scalp when, in the words of The Post, “many of Washington’s top sponsors threatened to cut ties with the team over its name.” After a year and a half of “The Washington Football Team” (for some reason, they rejected “The D.C. Castrati”), the team announced its new name February 2: The Washington Commanders.

Reaction to going Commando has been...meh. The Post wrote that:

According to a citywide Washington Post poll, close to half of D.C. residents have a negative view of the team’s new name, with 32 percent disliking it and 17 percent saying they “hate” it. Four out of 10 residents are positive about the new name, but their positive feelings toward the change are soft, with only 5 percent claiming to “love” the Commanders and 36 percent saying they “like” the new name. Eleven percent say they have no opinion of the name.

So the fans are ambivalent – those that have hung around through all the losing and the scandals. The Post notes that “Fan interest has waned, and the team’s average attendance at FedEx Field was among the league’s worst last season.”

But you know who’s happy? Weenie sports writers and weenie local Democrats. Now that the team has come to heel, they put away their rolled up newspapers and reached for the treats.

“As the Commanders kicked off a new era, the team was met with renewed interest from local officials, who two years earlier dangled a new stadium as a carrot for a name change,” The Post said.

Play ball with lefty elite lefty opinion and whole reservoirs of taxpayer cash become available. As for the fans, well, tough. As Commanders President Jason Wright told The Post, “Within our core fans, it’s been mixed, and the context is that 80 percent of those fans didn’t want the name to be changed in the first place.”

No, but the people who matter did.