Alright, alright al -- wait, what? Actor and native Texan Matthew McConaughey has been playing footsie with a possible run for Lonestar governor. (And if it would keep him from doing any more of those Lincoln ads, we should all welcome it). But he’s no knee jerk Hollywood liberal, and he’s proved it again by rejecting vax mandates for kids. 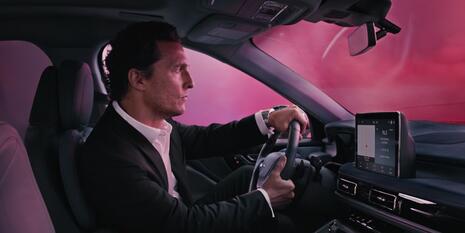 According to The Hill, McConaughey and his wife are vaccinated, he’s for mask-wearing, and has “quarantined harder” than many people. But, asked about vaccines for kids, he said, “Right now I'm not vaccinating mine, I'll tell you that.”

"I couldn't mandate having to vaccinate the younger kids. I still want to find out more information," the "Interstellar" actor said Tuesday, when asked at The New York Times's DealBook summit about his stance on childhood vaccinations and whether to mandate them.

He also pointed out that “I didn't [get vaccinated] because someone told me I had to — [I] chose to do it."

Personal autonomy seems to mean a lot to McConaughey, and it informs his thoughtful and respectful opposition to Texas’s new six-week abortion ban, which he called  calling it “overly aggressive.”

When asked about it, he said, "It doesn't doesn't seem to open up the room for a sensible choice to be made at the right time.”

There is no right time or context in which to take a child’s life. That said, McConaughey’s moderation is so at odds with the strident left-wing pro-abortion take as to make him sound like a pro-lifer.

It’s good to be a megastar. A lesser celeb would pay for eschewing Hollywood groupthink.