Tough campaign for The Rolling Stones. Losing Charlie Watts and "Brown Sugar" during a single tour is hard. The death of the former is a tragedy. The exclusion of the latter is a shame. 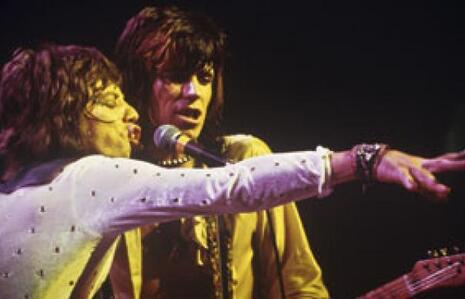 It was only a matter of time before the Jacobin left got around to The Stones and "Brown Sugar" in particular. The song is too politically incorrect, too rude, too much of a kick-ass good time to be left alone. So the Stones quietly dropped the classic from the set list of their “No Filter” tour (how’s that for irony?)

But people noticed, according to The New York Post:

“You picked up on that, huh?,” Keith Richards, 77, responded to the LA Times when asked if the Stones had cut the second-most-performed tune in their catalog amid a climate of heightened cultural sensitivity.

Heightened sensitivity is one way of characterizing the sudden moral panic about a rock n’ roll song that’s been a radio and concert staple for 50 years. “Brown Sugar” is about slavery, violence, rape and maybe heroin -- just as it has been since it was recorded in 1971.

But it’s suddenly sending good progressives to the fainting couch. A month ago, Tom Taylor wrote at Far Out that the song has “some of the most stunningly crude and offensive lyrics that have ever been written.”

Taylor assures readers “I am not my clutching pearls over the innocuous here [sic].” He’s just much more moral and finely attuned to history than you are. “I am simply saying the atrocity of the slave trade, rape and the unimaginable suffering therein should not be adorned with gyrating, glib lyrics, guitar solos and no redeeming features in the way of discerned appraisal.”

Discerned appraisal is a lot to ask from a rock n’ roll song. Anybody -- especially anybody at this late date -- that looks to Jagger/Richards for historical elucidation or moral clarity really needs to rethink things. The Stones do sex, drugs and rock n’ roll, and they may do them better than anybody else.

No, the only reason to have a public struggle session with a 50 year-old song is to advertise your virtue and burnish your woke credentials.

For his part, Richards is puzzled. “Didn’t they understand this was a song about the horrors of slavery?” he asked. “But they’re trying to bury it.”

C’mon Keith. “Brown Sugar’s” lyrics are indefensible. They really are crude. But they work like hell, and it’s only rock n’ roll.