These are dispiriting days of confusion, fear and very real heartbreak, compounded by misinformation and severe partisanship. People are weary of cowering at home as their livelihoods evaporate, sick of panic and doomsaying and being told their liberty can be forfeited for an emergency that will go on indefinitely if allowed to. 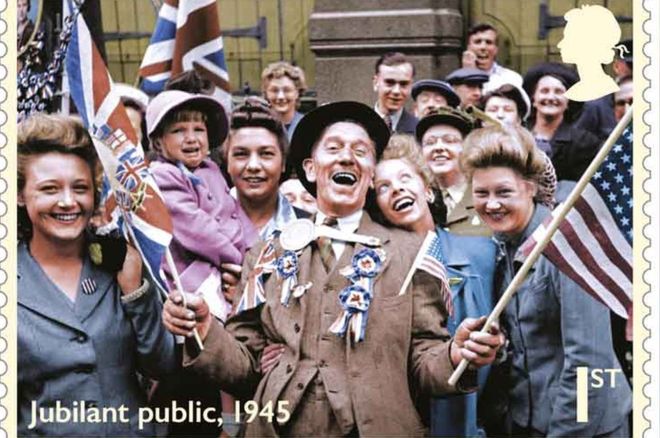 So maybe VE Day on May 8 should mean a little more to us than usual -- and not just because it’s the 75th anniversary.

The news media probably won’t do much to observe VE Day -- can’t take valuable airtime from grandstanding reporters. We can hope The Washington Post manages more respect than it had for last year’s 75th D-Day anniversary. But we shouldn’t let the Post or CNN or NBC dictate how we remember the cost and the glory of the triumph over Nazism. We could use a reminder of who we are as Americans and Britons and Canadians, and what we accomplished when things were darkest.

Here’s a taste. Check out this brief clip of newsreel from the time. (The entire newsreel can be seen here.) Sure, the press was subject to censorship for the duration of the war, but there’s real pride in the narrative. Note President Truman’s gratitude to Providence. Note the rapturous joy of the crowds. And the job was only half done.

There was much to be proud of. Western Europe was liberated and Nazism detroyed by a combination of British courage and resolve, American productivity and aggressiveness, and Russian bodies.

(As American lefties like to remind us: eleven million Soviet soldiers died fighting the Wehrmacht. But as American lefties would prefer to forget, most of those casualties occurred in the first months after Hitler’s surprise invasion broke the non-aggression pact with his ally Stalin. And The Red Army was largely armed, equipped, fed and transported courtesy of the U.S.)

But let someone else celebrate the Soviets. There is plenty to commemorate in the British and American part in the victory, from the salvation of the BEF at Dunkirk and the RAF’s gallantry in 1940 to the U.S. Third Army’s sprint across France and the doggedness of American paratroopers surrounded at Bastogne. Canadians fought like (very polite) grizzlies, and left a trail of dead Nazis and empty Molsons from Normandy up into Northern Germany. And many of them did it while dragging around bicycles!

Hundreds of thousands fought in the Atlantic, North Africa, Italy, Greece and Northern Europe, on the sea, on land and in the air. Many millions more supported them in a total war waged for unconditional victory. They all shared in that victory.

It’s gratifying to recall what Western Civilization can do with courage, a clear purpose and a unified desire to win. Unconditionally.