Men Don’t like Being Told Manliness Is a Malady. WashPost Doesn’t Get Why

Here’s an outside-the-box -- not to say crazy (are you allowed to say crazy anymore?) -- suggestion for the gang at the American Psychology Association: If you’re going to issue what Washington Post columnist Monica Hesse calls an “an indictment … of rigid, traditional masculinity,” you might want to talk to some “traditional” men first. 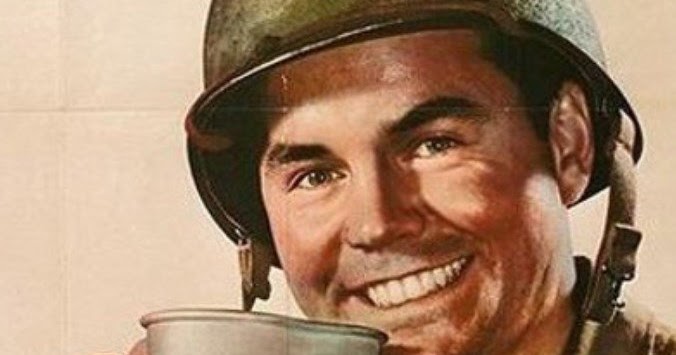 That way, you won’t be blindsided when some folks think your research belongs under the scientific classification of “crap.”

The APA’s new Guidelines for Psychological Practice with Men and Boys says that men have all kinds of problems at rates women don’t have. Why? “One cause,” Hesse explains, is “‘Traditional masculinity’ itself — the term refers to a Western concept of manliness that relies — and sometimes over-relies — on stoicism, dominance, aggression and competitiveness.”

“Traditional masculinity?” That’s kinda general. You want to lay suicide and bad grades on men behaving like men, as men have behaved for thousands or tens of thousands of years? Might get some pushback there ...

But, according to Hesse, former APA president Ronald Levant is “shocked” that the Guidelines have drawn criticism. Hess also cites Matt Englar-Carlson, director of something called the Center for Boys and Men at California State University at Fullerton. Englar-Carlson worked on the Guidelines too, and he’s mystified that people think the point is “that men were bad, or even that many forms of masculinity were.” He tells Hesse:

Well, try not saying things like “straitjackets of gender expectations.” It’ll likely put off any man with more testosterone than PajamaBoy.

Englar-Carlson tells Hesse he’s being accused of “not liking” traditional men. His answer is “I do like them! That’s why I don’t want them to suffer!” But it seems a lot of old fashioned guys don’t feel like parsing the APA Guidelines to figure out which part of our personalities need to be medicated or chatted away.

Silly men. There’s nothing really controversial about the APA’s assertions, but Hesse deigns to explain what the mouth-breathers are on about:

What’s difficult about the APA’s guidelines is that they ask us to wrestle with a complicated idea: that in a society in which gender roles have historically been rigid — and that rigidity has placed the lion’s share of power in the hands of one of the genders — it’s possible for the rulers to be harmed right along with the ruled. But that’s what bad systems do. They mess up everyone.

Rulers and the ruled. Hesse thinks social organization and the relationship between the sexes is a zero-sum power game. And if you’ve spent your time at Bryn Mawr and the Washington Post, who could blame you? (One recent Hesse column was titled, I swear, “Take your sons to see the new Ruth Bader Ginsburg movie — to show them how a powerful man can be a partner.”) Heck, she doesn’t even write for a serious part of the paper (stop laughing!). Her piece on the Guidelines appears in the Post’s “Style” section, which is obviously hurting for content these days without Michelle Obama’s arms around to worship.

But like the APA guys, Hesse might want to get out and meet an actual traditional male. It seems she had a grandfather who was a “soldier, then a bait-shop owner, then a garbage collector,” and in her telling an admirable bad*ass who never complained. But the only living, breathing guys she mentions she encountered at a “men’s rights activist conference.” They “had flown to a Detroit suburb to talk about how they felt men were under attack. Worse, they said, nobody was paying attention to their suffering.”

So that’s a representative sample right there.

“These able-bodied straight white men were, as a group, the most privileged class in America — the Founding Fathers demographic — but they were convinced they were oppressed.” They also were “desperate, begging, for someone to pay attention and find a solution.”

They don’t sound very “stoic” or “dominant” or even “competitive.” Quite the opposite. It’s not that they don’t have a point. Think about the reaction to the APA Guidelines: Single mothers raising sons is one of the biggest contributors to violence and lawlessness in huge swaths of society, but we’re not allowed to stigmatize out-of-wedlock birth or suggest boys need fathers. Meanwhile the elites eschew the religion that has traditionally tempered and helped tame masculinity, while they celebrate homosexuality and the other 31derful flavors of sexuality popular this week.

But griping about the world and feeling sorry for yourself isn’t on anyone’s list of prototypical male characteristics. So here’s a question: does Hesse include these whiners because she’s confused about actual traditional male traits, or does she mean to equate them with everyone who’s not ready to roll over and allow the APA to classify 5,000 years of civilizational order as a malady? Probably both.

As for that cool old grandfather of hers, Hesse says she “wanted everyone in the world to be like my grandfather. But I also wanted everyone to know they have the option not to be.” Mission accomplished. She loves him, but she shows that she’s incapable of understanding him: “[O]ur family stories centered on him being a good provider and a good man. But … I couldn’t remember anyone asking my grandfather how he felt about that.”