Cosmopolitan: Obama Should Have Done More for Black Lives 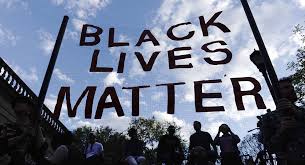 In the latest bizarre chapter of 2016, a lefty magazine is actually criticizing Obama. According to Cosmopolitan, America’s first black President, twice elected, did not care enough for black lives.

Cosmo writer Brittney Cooper, an accomplished moonbat, having claimed that defending Melania is an example of white privilege and that Hillary Clinton’s “deplorables” comment was actually accurate, has struck again. Now, Cooper is lamenting the idea that Obama did not do enough for black people while he had the chance, and he’s about to be replaced by the most racist, homophobic, xenophobic white guy ever.

In the article, Cooper chronicled Obama’s race policies throughout his term, starting with his 2008 election. Back then Cooper had to remind herself that “he wasn’t the literal Second Coming” and that “he won’t be able to fix everything.”

But despite his “impressive” list of accomplishments, Obama didn’t fix the one thing Cooper and her friends thought that he would – making life in America better for black people.  He has “no signature policy achievement that specifically addresses and ameliorates the concerns of black citizens.”

But what about My Brother’s Keeper, an Obama program that “specifically addresses…the concerns of black citizens?” No, ignore that. Cooper criticizes it for focusing “solely on men and boys of color,” not women.

Distancing himself from Jeremiah Wright, “one of this nation’s most important black preachers and theologians,” by calling him “wrong and divisive,” was another bad move. Apparently, Obama needed the connection to the “God damn America” reverend to cement his ties to the black community.

However, Cooper does praise Obama for some of his actions. She particularly enjoyed the speech Obama gave in Charleston, where “drawing on his talents as a race whisperer” (what?), “Obama gave a eulogy for the Honorable Rev. Clementa C. Pinckney, the pastor of Mother Bethel and a South Carolina state senator, that stood in the best traditions of black preaching.” Interestingly though, she left out Obama’s speech at the funeral for the five murdered Dallas cops where he called Black Lives Matter demonstrations “peaceful protests.” One would think that would be considered an “impressive accomplishment.”

Still, “his occupancy of the Oval Office had little material effect on making black people safer from extralegal violence from vigilantes and police.”

But it’s not all Obama’s fault! He “has been obstructed at every turn by white men on the right who have offered temper tantrums instead of leadership.” Instead, blame the white guy since it’s always the white guy. Guaranteed way to improve race relations, Ms. Cooper.

However, Cosmo’s criticism of Obama should be appreciated while it lasts. Because it doesn’t even make it to the end of the article. Cooper believes that “this president, with all his flaws and all his beauty, has been to us an insistent song of hope and American possibility in throats collectively weary from the incessant demand for freedom.”

The 60% who say race relations have gotten worse under Obama weren’t hearing the same song.