BuzzFeed has the most pride of all the liberal news outlets. After all, no one else got to star in a gay parade. 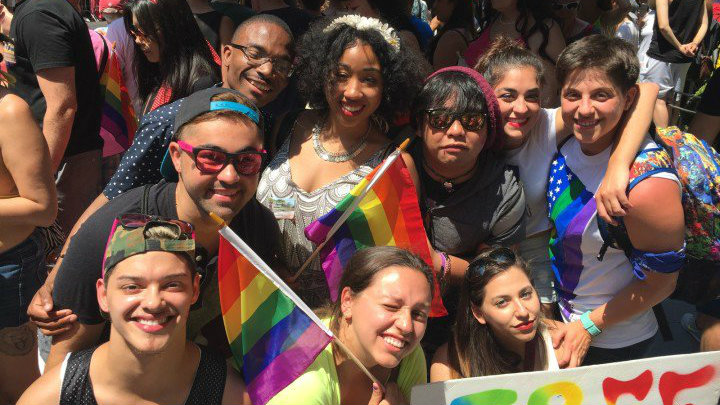 New York City’s annual pride march took place over the weekend, and “news” site BuzzFeed made sure it had the best seats in the house: from a float in the parade itself.

This blatant endorsement of the gay rights movement from BuzzFeed could be perceived as biased Lefty journalism. But Editor-in-chief Ben Smith doesn’t see it that way. After all, the organization’s manual states that when it comes to “civil rights, anti-racism, and LGBT equality, there are not two sides.” And if it’s in the manual, it can’t be wrong, right? Anyone who disagrees with the gay, transgender, bisexual, etc. agenda is just crazy. There’s no need to provide fair reporting on crazy people.

BuzzFeed was so proud of its involvement in the parade that it livestreamed it on Facebook for the entirety of the march. And because it would have been a tragedy if any BuzzFeed followers missed a single detail from the event, it also had reporter Mary Georgantopoulos providing live coverage from the ground. Continuing the theme of “fair” one-sided reporting, Georgantopoulos called the event “fabulously defiant and heartwarming.”

BuzzFeed had a busy weekend defending the LGBT agenda. Without the site’s stellar journalistic work, its followers might believe the lies that the Brexit vote was about immigration or finances or some other irrelevant issue. On Friday morning, the outlet published a lengthy article about the negative effect that the British shakeup will have on the homosexual agenda in Europe. Because gay rights are really what it’s all about.

At least, unlike other liberal news outlets, BuzzFeed doesn’t hide in its agenda in the closet. It waves its flag with pride.