Actress Smeared as 'KKK Princess' After Photos Resurface on Twitter 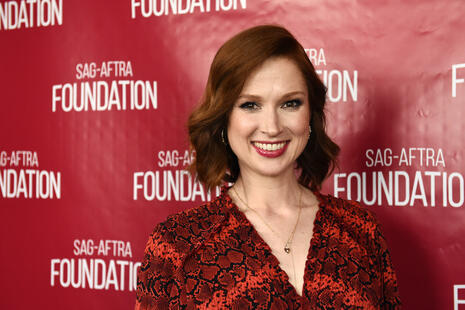 On May 31, photos resurfaced of Unbreakable Kimmy Schmidt actress Ellie Kemper being crowned the queen of the Fair Saint Louis ball back in 1999, when she was nineteen. However, controversy arose when Twitter handles pointed out that the Fair Saint Louis was previously known as the Veiled Prophet Ball, a ceremony that only catered to white people. From there, the actress was swiftly marred as a “KKK queen” or “KKK princess” by the cancel culture mob for daring to take part in this, even as a teen.

So...Ellie Kemper was a KKK princess??? And no one knew about it???

So was no one gonna tell me Ellie kemper aka kimmy Schmidt was crowned KKK queen in 1999 pic.twitter.com/QdHJ6wGZGv

Of course, the truth is predictably more complicated. While many sources indicate the ball was indeed a host for wealthy white patrons, there’s no connection to the Ku Klux Klan considering the ball was founded decades earlier in 1878. Although the ball previously excluded minorities such as African Americans, the ban was lifted after much protest in 1979, twenty years before Kemper was crowned. Nowadays, the ball appears less like a racial celebration and more like a modern American parade. Even then, I suppose Twitter would find a way to call it racist.

At this time, neither Ellie Kemper nor the Fair Saint Louis have commented on the photos.

Once again, the anonymous mobs on social media attacked and smeared someone on racial charges having no grasp of context or negative consequences. In other words, just another Monday.