Back in February, The Hollywood Reporter announced that the film production company Warner Bros. hired the race-baiting author Ta-Nehisi Coates to pen a new script for a “Black Superman story.” Now the site has updated with more details on the project which is proving to be surprisingly controversial even to the woke scolds. 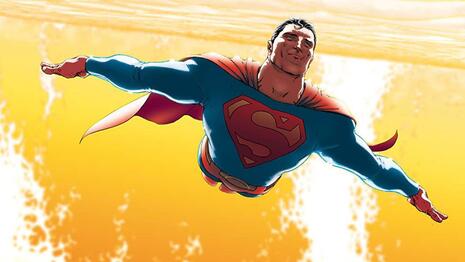 The latest article released on May 5 dives into more behind-the-scenes details of the project, including the process of hiring a director. Insiders state that talks with potential directors have already begun with the main caveat being that the director must be black. The report even goes out of its way to exclude the film’s producer J.J. Abrams as a candidate purely because it would be “tone-deaf.”

But insiders say Warners [sic] and DC are committed to hiring a Black director to tackle what will be the first cinematic incarnation of Superman featuring a Black actor, with one source adding that putting Abrams at the helm would be “tone-deaf.”

What’s really tone-deaf is the message studios like this send claiming that stories about different races can only be told by different races. I suppose we can expect “separate but equal” movies for the future, especially since Warner Bros. seems determined to go down this new woke path. In fact, the article also emphasizes this as it references other future DC projects:

Diversity and representation remain key drivers of the DC universe moving forward. Warners [sic] is developing a Latino Blue Beetle movie with Angel Manuel Soto attached to direct, and HBO Max is casting for a gay Green Lantern character for an upcoming series. And The CW’s Arrowverse is about to get its second Black female superhero series with Ava DuVernay’s Naomi (Batwoman also features a Black lead, Javicia Leslie) just as Black Lightning is about to wrap its final season.

Any plan that includes Batwoman and Black Lightning as “key drivers” certainly doesn’t look good. Sadly, like most entertainment today, filmmakers and producers are looking to put political points first and creativity and quality second. The Hollywood Reporter confirms as much as it implies that the movie will essentially be racebending the classic Superman character rather than creating or adapting a black one.

Sources tell THR that Coates is crafting a Kal-El in the vein of the original Superman comics and will have the protagonist hail from Krypton and come to Earth. While the story is currently being crafted and many details could change, one option under consideration is for the film to be a 20th century period piece.

Ironically, the loudest complaints against this film are not coming from Fox News or conservatives but the source of political slog itself: Twitter. Dozens of Twitter users called out this move as insulting, even referencing previously black characters using the Superman label that don’t include the classic Clark Kent. When even the social media mobs call out social justice pandering, it’s a bad idea.

So instead of using the REAL Black Superman Val Zod, they want to give us racebended Clark Kent handmedown and pass it off as "diversity"

It just goes to show that you can never please the woke crowd, so you should never even try. But Warner Bros. will clearly only learn that lesson if this movie fails to leap tall buildings in a single bound. Let’s hope the Superman legacy doesn’t crash and burn with it.