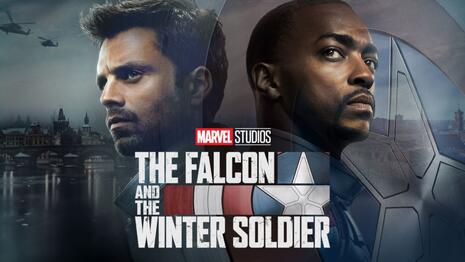 Marvel heroes have faced off against intergalactic tyrants in the past, but now it’s move on to progressive enemies: the police and systemic racism. The new Disney+ series The Falcon and the Winter Soldier is ready to double down on the Marvel Cinematic Universe’s (MCU) decline into wokeness.

One liberal website cheered, "We’re watching systemic racism in action as it unfolds in the MCU."

The series follows our heroes Sam Wilson/The Falcon (Anthony Mackie) and Bucky Barnes/The Winter Soldier (Sebastian Stan) after the events of Avengers: Endgame. After Captain America bequeathed his shield and title to Sam, Sam, in turn, donated it to a museum, feeling unworthy of being Captain America. However, the government then took the shield and created a new Captain America out of white soldier John Walker (Wyatt Russell).

The government betraying its citizens is hardly the biggest plot twist in the world, but the show instead seems to be turning it into a comment on “navigating Blackness in America.” Apparently, the writers believe a country where Black Panther outgrossed Avengers: Infinity War would have a problem with a prominent black superhero. Of course, the MCU isn’t supposed to perfectly represent real life, but that’s not stopping its writers from using the show to call America racist.

In the March 26 episode “The Star-Spangled Man,” we start off with Sam and Bucky meeting Isaiah Bradley (Carl Lumby), a World War II veteran who was subject to Tuskegee-like experiments to create the super soldier formula that made Captain America. Despite also having powers, Bradley remarks, “You know what they did to me for being a hero? They put my ass in jail for 30 years,” presumably just because he was black. Even Captain America’s history isn’t free from being racialized.

The episode gets worse when Sam is then racially profiled by the police despite being a famous Avenger.

Sam: Why didn’t you tell me about Isaiah? How could nobody bring him up? I asked you a question, Bucky.

Sam: Steve didn’t know about him?

Sam: So you’re telling me that there was a black Super Soldier decades ago and nobody knew about it?

Officer: Is there a problem here?

Officer: Can I see your ID?

Sam: I am calm. What do you want? We’re just talking.

Bucky: Give him your ID so we can leave.

Officer: Is he bothering you?

Bucky: No, he’s not bothering me. Do you know who this is?

Officer 2: Hey, these guys are Avengers.

Officer: Oh, God, I am so sorry, Mr. Wilson. I didn’t recognize you without the goggles. I’m really, really sorry about this.

Of course, media outlets had a field day with that scene. Entertainment Weekly said the episode was “confronting America’s dark past and uncertain future” as if a world with flying robots and superheroes has any bearing on real America. Uproxx practically salivated over how "we’re watching systemic racism in action as it unfolds in the MCU" and said “sh*t gets even realer” because of a superhero getting profiled by the police, like that’s something people want to see in superhero adventures. On top of telling viewers that the police deliberately target black people, this show might actually do more harm than good.

Disney+ and Marvel might have to focus on actual heroics if they want their superhero shows to succeed.