It’s always been popular to hate on Christians and religion on television it seems. ABC’s Stumptown gives us the latest version by delivering a story about a terrible Christian woman doing “the Lord’s work” by separating Native American families. At this point, is there any other type of Christian on TV? 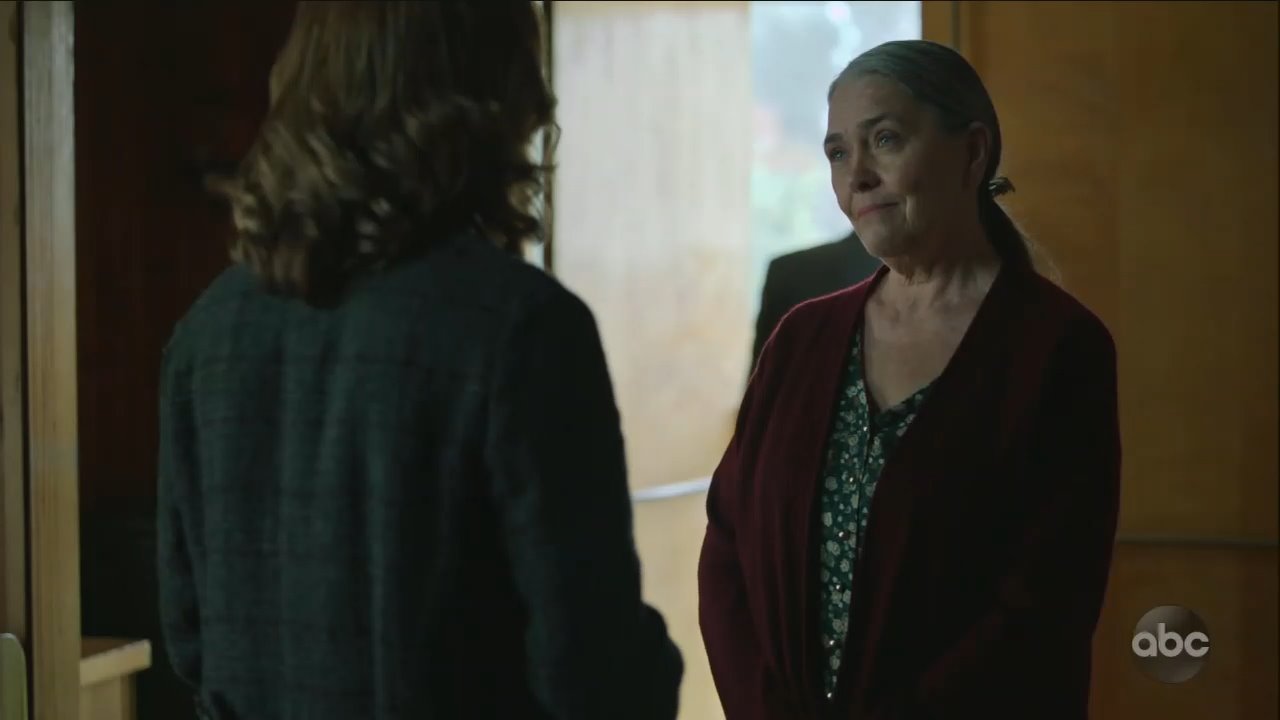 The January 15 episode “The Past and the Furious” has our private investigator lead Dex (Colbie Smulders) getting a case from a fellow veteran. Staff Sergeant Jeremy Stevens (Robert Adamson) recently discovered that he was adopted and is eager to learn more about his birth family, especially since his mother was Native American. His adoptive parents, unfortunately, know nothing about his real family except that his mother was a drug addict.

Dex looks into the case but finds that all the records regarding the Graceful Heart Adoption Agency are sealed, even within the church that owns it, Shepard’s Cross Church. The pastor’s secretary Betty (Deborah Strang) is also mum on any details regarding the agency. Fortunately, Dex is able to track down a storage unit that leads to Jeremy’s father who reveals it was he and not Jeremy’s mother who was the unfit parent.

Stunned by this revelation, Dex soon discovers more about the adoption agency and Betty. To the surprise of no one who watches television, the ultra-religious Betty is actually the bad guy. Through her work in child services, she separated babies from Native American families by lying about the state of their parents. She then adopted the babies out to “good, Christian parents” and felt no regrets for her actions since it was “the Lord’s work.” Note the large amount of Christian iconography to remind us that this woman is religious.

Dex: I, uh, did some digging, and I discovered that you used to work for Child Protective Services. In fact, you were responsible for taking Sherri Fisher's son away from her. Weren't you?

Dex: Actually, that was -- that was a rhetorical question. I can -- I can prove that. But what I don't know and what I would love to talk about is, why? Sherri Fisher had no prior history of drug or alcohol addiction. So why did you write a report that said she was an unfit mother?

Betty: I don't owe you an explanation.

Dex: But you owe my client one. Jeremy Stevens. Sherri Fisher's son. You remember him? Eh, probably not, no. He was only 6 months old when you ripped him from his mother's arms.

Betty: I saved him. He was born into an impure family. I found good, Christian parents for him.

Dex: No, you were stealing babies from perfectly good Native families and giving them to innocent people who had no idea they were being had.

Betty: It was the Lord's work.

Dex: Yeah? And how much was the Lord paying you? Excuse me. I'm thinking, um -- I'm thinking kickbacks. Families who adopt a kid get a tax credit, right? So I'm thinking that some of those families give you a little something when the tax returns come in. At least until Graceful Heart shut down. God, that must've been a hit.

Betty: We did what was necessary.

Dex: Wow. So no regrets?

Betty: Not a one.

Dex: I figured you would say that...

Dex eventually has Betty arrested, and Jeremy reunites with his birth mother’s Native American family. It’s a bittersweet ending for them that will leave a bad taste in the mouths of anyone remotely religious.

It’s unbelievable how a show that takes place in one of the most dangerous cities in the state of Oregon thinks a sizable threat is a middle-aged Christian woman. Sadly, it is believable for TV shows to demonize any religious people to the point of turning them into the bad guys. Not even the Pope is safe nowadays.