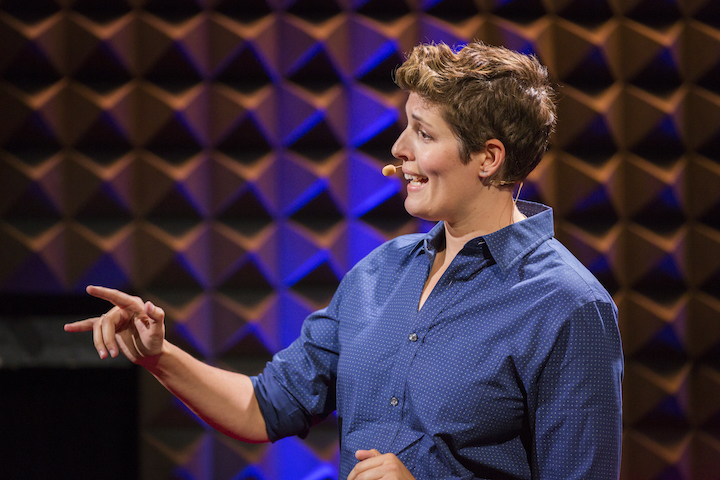 Wonder if this latest lightbulb moment from Sally Kohn will win her another “Stupidest Analysis” award at next year’s Media Research Center Gala? CNN political commentator Sally Kohn set off a firestorm Oct. 10 on Twitter when she compared fundamentalist Islam’s treatment of women to Christianity’s treatment of women.

Islamic fundamentalists want world to think theirs is only true version of Islam. Sadly, many American conservatives support their message.

That is categorically NOT TRUE and the fact that you think it is is sad and frightening. https://t.co/y5sgUY6vCw

Yes, Christian fundamentalists never did that. Yay. But did say AIDS is God's punishment & gay ppl should be killed https://t.co/bkli2tONiN

That didn’t sit well with conservatives on Twitter who called out the liberal commentator for her ridiculous and insulting comparisons. Katie Pavlich of Townhall wrote:

Last time I checked Christians weren't stoning women for being raped or killing them for "honor" @sallykohn, get a grip

Ignorance about Christianity is no excuse for bigotry. Try being yourself in Iran if you can't tell the difference. https://t.co/kCYReXG32U

Kohn then backpedaled on her ridiculous statements, attempting to make them sound more reasonable, but it didn’t work.

You made the moral equivalence between extreme Christians and extreme Islamists, so yes, you did @sallykohn @benshapiro

.@sallykohn my, the voices in your head are up early this morning. https://t.co/7WDkoM6m9q

We can always rely on Kohn to say ridiculous things and genuinely believe them. That is one of the reasons Kohn was chosen for the Media Research Center’s Dishonors Award for “Stupidest Analysis” when she held up her hands up in the “Hands Up, Don’t Shoot” pose during a CNN segment last year. The false statement of Michael Brown putting his hands up before getting shot was disproven early on but Kohn, like many in the media, kept repeating it as gospel, regardless.

Maybe Kohn thinks if she keeps equating conservative Christians with Islamic radicals often enough, the rest of the media will jump on board too.