It’s newsworthy when people of faith are killed by a gunman -- except when they are Christian. The broadcast networks made that clear by the difference between the massive coverage of the shooting of three Muslims in February and the little coverage of how the Oregon shooter reportedly targeted Christians.

“Many have already judged this as a hate crime,” CBS’s Scott Pelley asserted on the Feb. 14 evening news broadcast covering the Chapel Hill shooting. When three Muslim students were killed by an angry neighbor last spring, the broadcast networks jumped to allege this was an anti-Muslim “hate crime” -- bringing that phrase up a whopping 30 times in eight broadcasts.

Compare that to how the broadcast evening news shows treated last week’s shooting in Oregon -- where survivors described the shooter asking students if they were Christian before shooting and killing them.

That essential detail was heavily downplayed by the networks-- who only mentioned it three times in eight broadcasts -- even though it was reported by The New York Times, The Washington Post, The Los Angeles Times, USA Today and more. 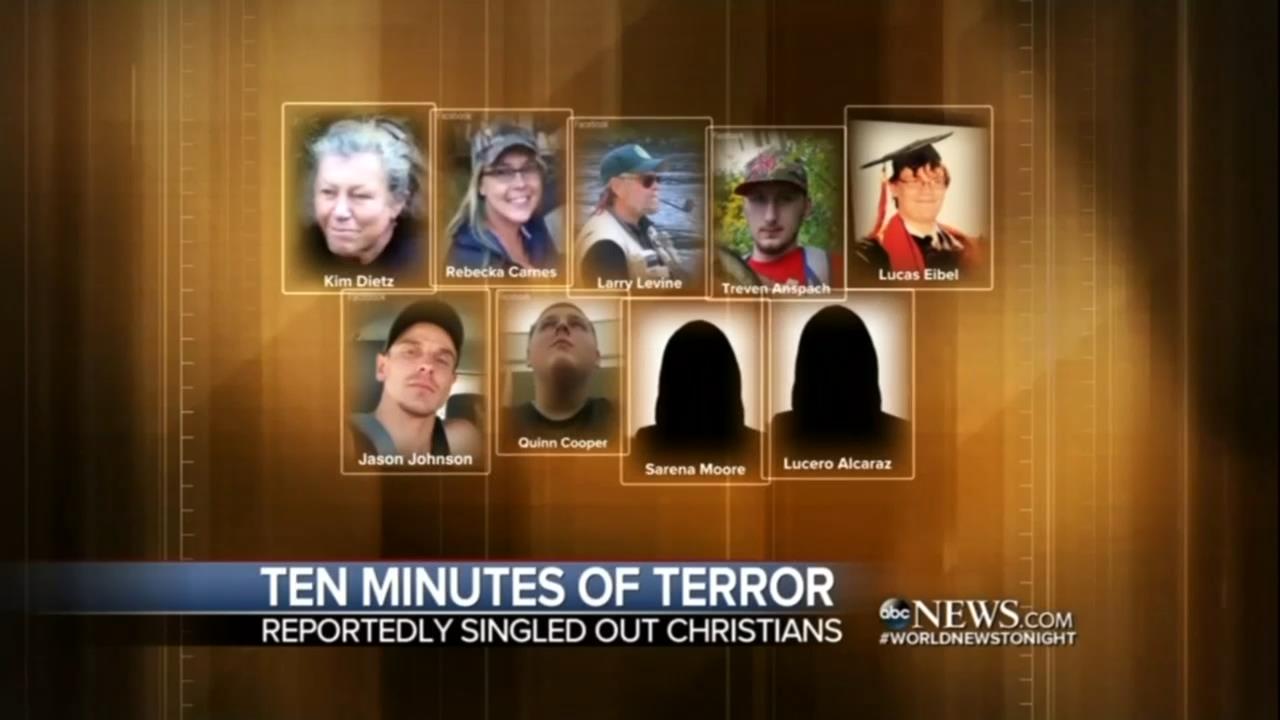 This was the opposite case just nine months ago -- when the networks took every opportunity to emphasize the victims were Muslim. Among the three evening shows, religion was brought up an amazing 48 times, while “Muslim” or “Islam” were specifically mentioned 36 times in the first three nights after the shooting.

From shots of Muslims face down praying to a funeral procession with chants of “Allahu Akbar,” entire segments were devoted to hammering home the victim's religion. Each network gave plenty of airtime to hyping the “global outcry” on social media over the crimes as discrimination with the hashtag “#MuslimLivesMatter.” 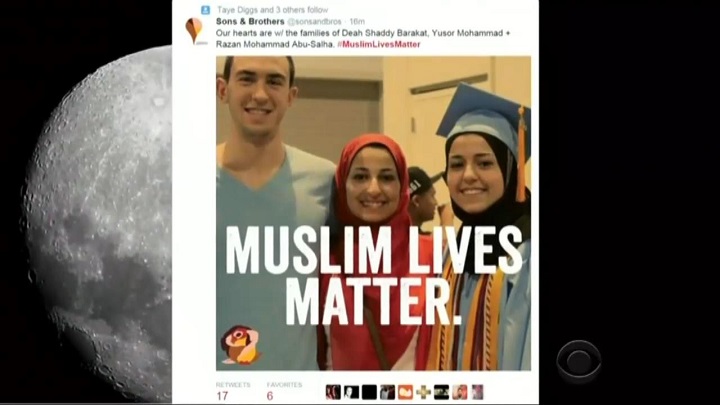 While the FBI had launched a formal investigation into the matter, neither they nor the local police had determined a motive for the shooting. But that didn’t stop the networks from suggesting that the murders were most likely a hate crime. 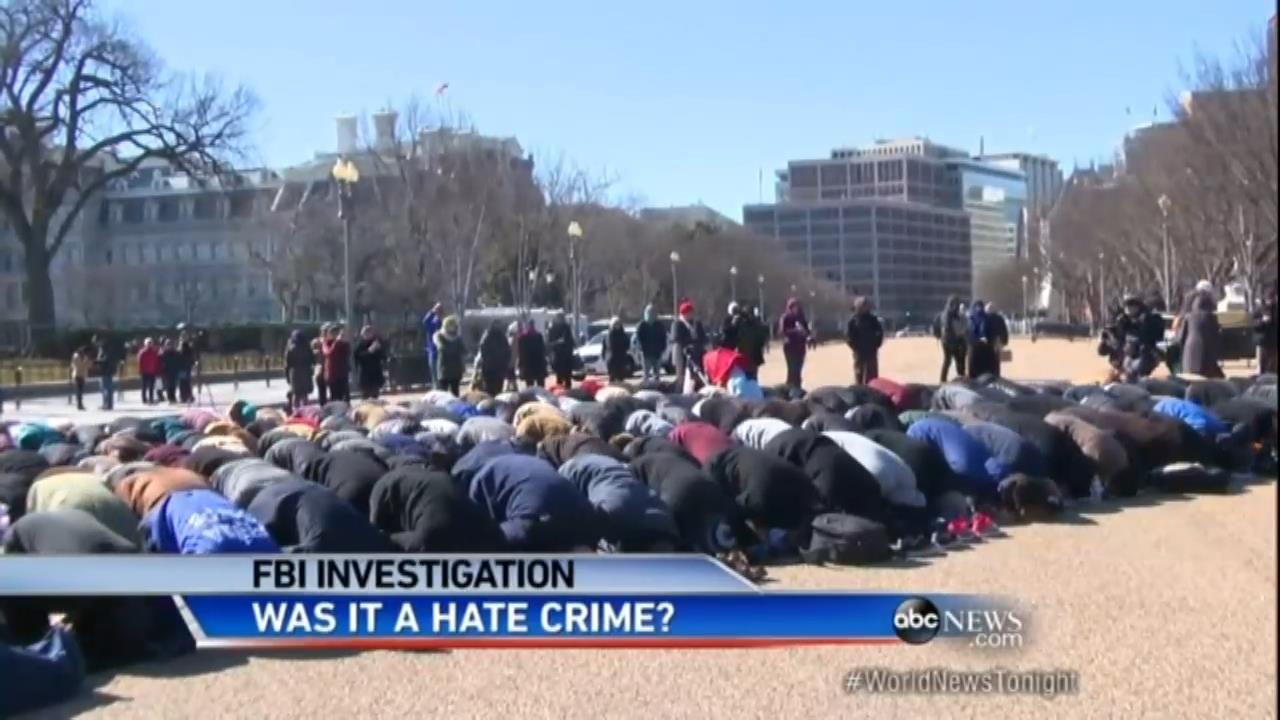 ABC and NBC featured chyrons with the text, “Was it a hate crime?” on at least  three shows throughout the entire segment, while CBS not-so-subtly segued into race stories. Anchor Scott Pelley intoned,  “Well we don’t know if race had anything to do with this story” as he led into the following segment Feb. 13. The preceding day Pelley went from talking about the Chapel Hill shooting to a racial bias in policing story. Such subtlety, CBS!

ABC even featured a statement from CAIR, (The Council on Islamic-American Relations) -- a notoriously liberal Islamic radical group.  The broadcast networks all reiterated President Obama’s condemnation of the shootings as a hate crime as well when he said: “No one in the United States of America should ever be targeted because of who they are, what they look like, or how they worship.” 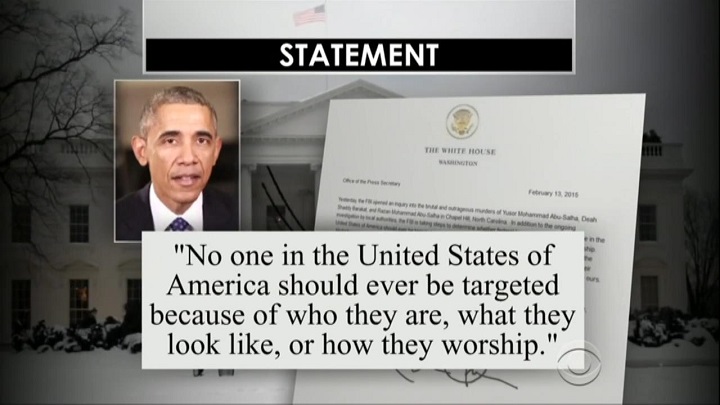 Yet when it came to the Oregon shooting, journalists flipped the script.  The evening news shows didn’t get an expert to decry the “hate crime” against Christians. CBS actually pre-empted that by specifically bringing on an expert to deny that religion had any aspect to do with the shooting, during their Oct. 2 broadcast. Like Chapel Hill, the investigation in Oregon is still ongoing, so why didn’t the networks downplay the religious aspect both times?

Not surprisingly, the president also “forgot” to mention religion even once in his speech after the Oregon school shooting. Instead he pushed for gun control and so did many in the media.

Bill Donohue of The Catholic League called out the media and the president for the double-standard. In a statement released yesterday, Donohue stated the following:

"If African Americans or Muslims had been singled out, President Obama would have gone ballistic, Al Sharpton would be calling for street rallies, and CAIR would be asking for congressional investigations.

But because Christians are being cherry picked for murder, there is no call to arms. Indeed, many major media outlets aren't even telling the truth. It's obvious — 'Christian Lives Don't Matter' — either here or abroad.”

But the lack of media attention and the president's comments are even more troubling for the most recent shooting. Several eyewitnesses stated that the gunman asked victims about their religion -- specifically using the words “God” and “Christian” before he shot them. Unlike in Chapel Hill, where no one lived to tell if any verbal exchange revealed a hatred towards Muslims.

We all know that lack of evidence doesn’t stop the news from reporting a story they want to tell. But heavily emphasizing the victim's’ religion in one story while virtually ignoring it in the next is what the media does best.

MRC Culture watched the evening news broadcasts from ABC, NBC, and CBS the three days following each shooting, Feb. 11, 12, 13 and October 2, 3, and 4 respectively, noting each time “Christian,” “Muslim" or "Islam,” and “religion" or "faith” was used.