According to many in the media, Kavanaugh typed in a 15-year-old e-mail that American abortion law wasn’t “settled law.” They’re wrong. 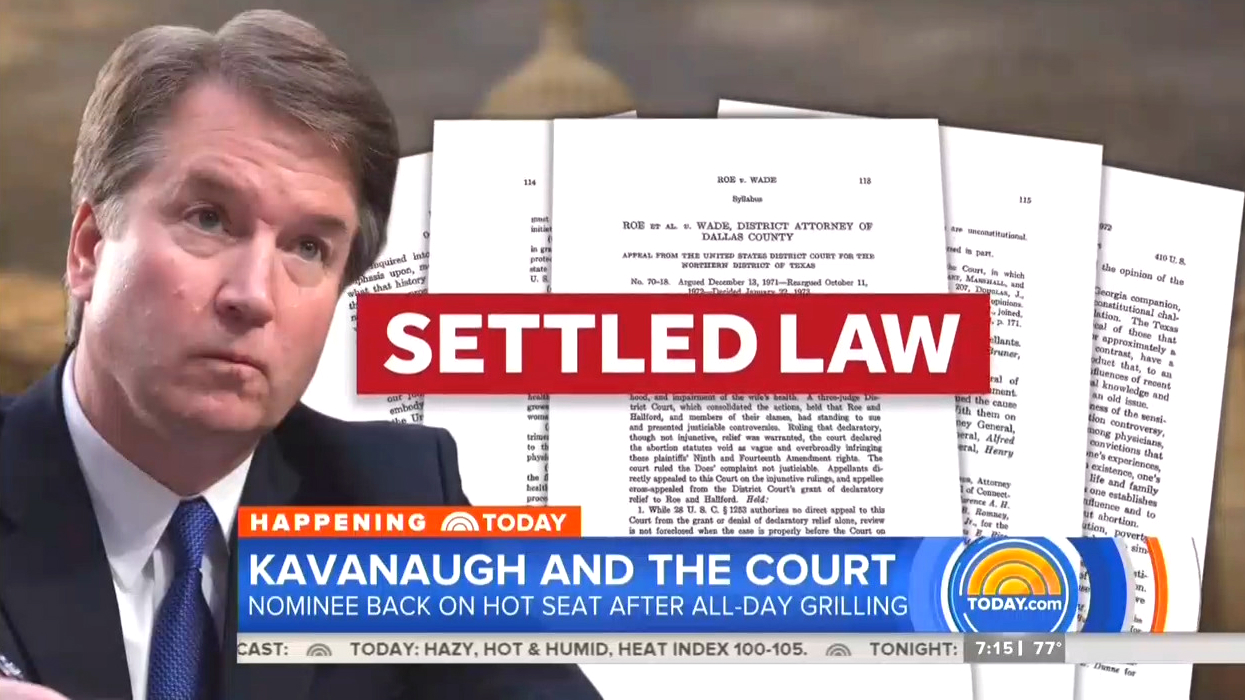 This came a day after Kavanaugh called Roe v. Wade, the 1973 Supreme Court decision that legalized abortion in the U.S., an “important precedent” during his confirmation hearings. It also comes weeks after he told Sen. Susan Collins that he considered Roe “settled law.”

Kavanaugh’s full quote, according to The New York Times, read:

“I am not sure that all legal scholars refer to Roe as the settled law of the land at the Supreme Court level since Court can always overrule its precedent, and three current Justices on the Court would do so.”

According to The Times, Kavanaugh was responding to a “draft opinion piece” that read “it is widely accepted by legal scholars across the board that Roe v. Wade and its progeny are the settled law of the land.”

In other words, Kavanaugh was not giving his personal opinion on Roe, but on how the decision is viewed by legal scholars. As The Times’ national security and legal reporter Charlie Savage stressed, Kavanaugh’s “email stops short of saying whether he personally believed that the abortion rights precedent should be considered a settled legal issue.”

But that’s not how many in the media interpreted it.

Another AP story by Lisa Mascaro and Mark Sherman, published by outlets like Boston Globe and Time, began with the sentence: “A newly disclosed e-mail shows Supreme Court nominee Brett Kavanaugh has questioned whether the 1973 Roe v. Wade case on abortion access is settled law.”