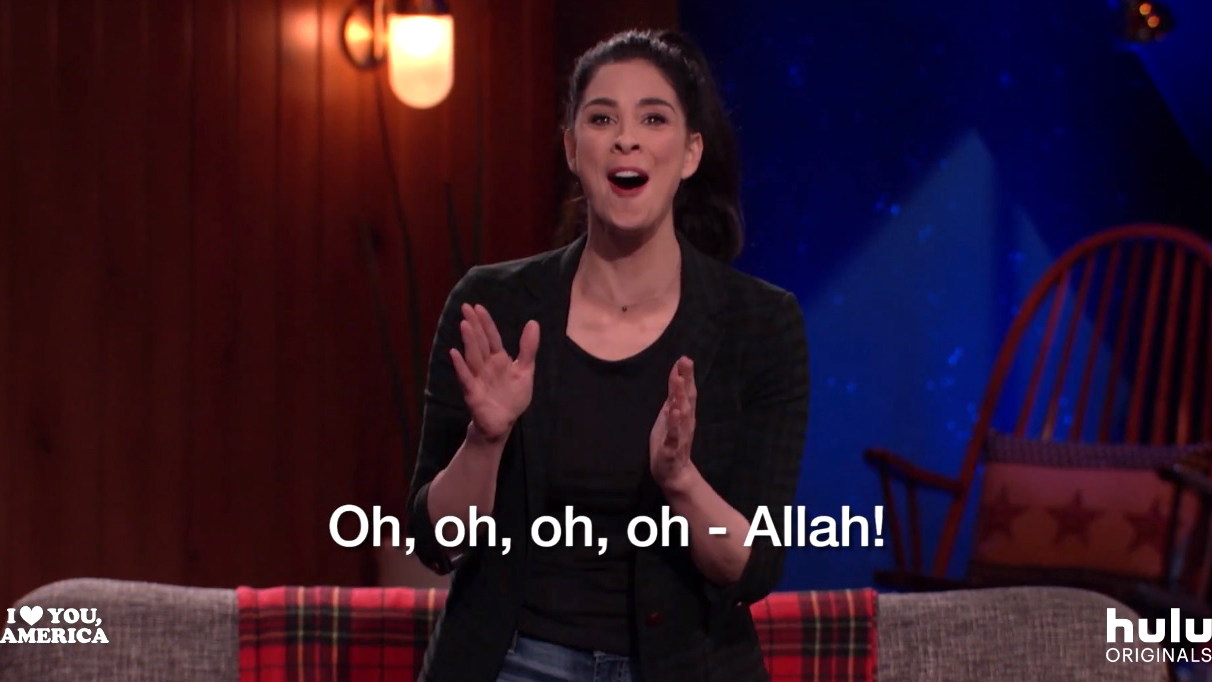 A Jewish comedian is poking fun at “Allah” now, thanks to those Christian “motherf***ers.”

On Wednesday, Sarah Silverman’s Hulu show, I Love You, America, released a trailer for its upcoming second season, which begins Sept. 6. In the clip, Silverman addressed her Christian critics by courting Islamic critics. At least one person found it funny: herself.

“New episodes coming soon to @hulu, with even bigger guests than God,” the show advertised on Twitter. That guest, it turned out, was “Allah.”

The trailer opened with a deep man’s voice coming from a TV – a voice presumably from God.

“I will send you to hell for eternity if you murder, steal, do guy-on-guy butt sex,” he told Silverman, as video of galaxies played on the television screen.

“That’s true?” Silverman questioned him, latching onto the “butt sex” remark. “You really put people in hell for eternity if they put their penis in an anus?”

A relieved Silverman responded, “Oh phew! You got me. You’re a real son of a gun, God.” Except for that he wasn’t God.

“Ah, call me Allah,” he corrected.

That’s when Silverman turned her attention to viewers – particularly Christians.

“Hey everyone frantically typing emails about how I’m once again disrespecting the Christian God,” she prodded. “Guess what, motherfuckers?”

Silverman was presumably making a jab at her many Christian critics. That’s because she has done things like list Jesus as her “favorite hero of fiction.” She has poked fun at Christians at every turn, from her SNL “Jesus was a woman” song to hanging out with “Jesus F***ing Christ” in an abortion PSA. And that’s only the tip of the iceberg. In one of her critiques of conservative Christians, she also made fun of Media Research Center and NewsBusters.