Actress Mila Kunis is admitting she didn't know there was an "opposing side" to Planned Parenthood until pro-lifers made donations in her name.

On July 30, Kunis spoke on the WTF with Marc Maron podcast. While news outlets foused on her opinion of President Trump, she also commented on Planned Parenthood. She admitted she was “impressed” by pro-lifers, but agreed they were “spiteful” – even though she didn’t know they existed until last year. 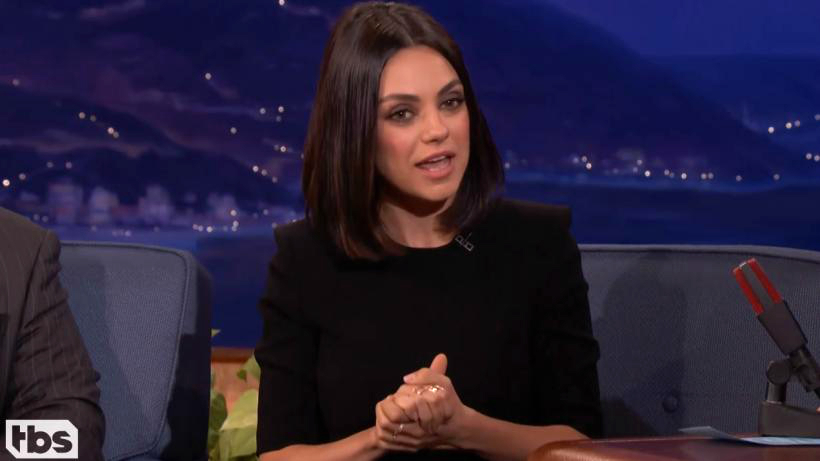 At the beginning of the interview, Kunis revealed that she once had a “blow-up” with a relative of her husband, actor Ashton Kutcher, about President Trump and “women’s rights.”

She remembered this person as saying, “He’s not going to do anything against women’s rights,” while she responded, “No, but he is. Like, these are the things that will happen if he wins.”

That led host Maron to ask Kunis more about her stance on the issue, and, in particular, her donations to Planned Parenthood. She publicized those donations last year, when she told late-night host Conan O'Brien about her “protest” against Vice President Mike Pence.

“As a reminder that there are women out there in the world that may or may not agree with his platform, I put him on a list of re-occurring donations that are made in his name to Planned Parenthood,” she said to applause on Conan. “Every month to his office, he gets a little letter that says like, an anonymous donation has been made in your name.”

She confirmed to Maron that she’s still donating to Planned Parenthood, the nation’s largest abortion provider.

“It’s not that big of a deal,” she said of her comments on Conan. “I thought it was a funny joke. I was going to always donate to Planned Parenthood anyways.”

But then she admitted that “some people didn’t find it funny” – and responded by donating to presumably pro-life causes in her name.

“So there’s an address that was listed online that’s not necessarily my personal address, but it’s listed as if it’s my personal address,” she said. “So then people started giving donations to the opposing side, which I didn’t even know that there was one. Okay, I don’t want to promote it, whatever it is.”

Among others, Kunis may have referred to pro-life group Susan B. Anthony List, which received nearly $300,000 after her appearance on Conan.

Kunis stressed that “thousands of envelopes daily would come.”

“In return, I was like, at least I’m proud of people for putting their money where their mouth is,” she said in response. “So like, okay, donate to your cause. If you really want this one thing to succeed, go ahead. I’m not mad at it. I was, you know, actually pretty impressed with people trying to like get one on top of me.”

Maron, who also donates to Planned Parenthood, concluded that, “That side is really good a spiteful, grassroot organizing.”

While laughing, Kunis agreed. “Well, yeah, exactly. Yes, as we all know.”