When it comes to polling, sometimes the questions reveal more than the answers.

On Monday, an NBC/WSJ poll found that 71% of voters support Roe v. Wade, the 1973 Supreme Court decision that legalized abortion in the U.S. on a federal level. That should be a surprising number. But then again, perhaps not – simply because of the poll’s wording. 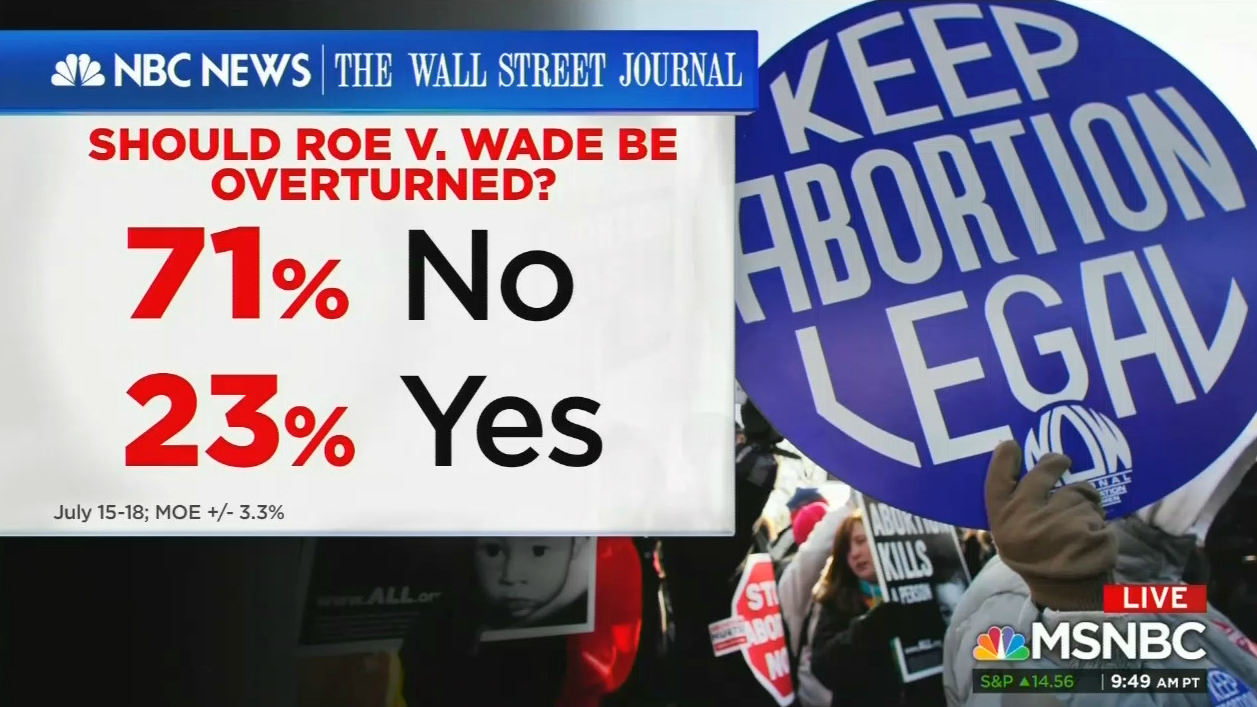 The poll came after President Trump’s Supreme Court nomination of Brett Kavanaugh, a man who many in the media say could enable the court to overturn Roe v. Wade. After an inquiry about the poll, NBC News journalist Carrie Dann responded that voters were presented with the following prompt:

In other words, voters weren’t just asked if Roe v. Wade should or should not be overturned. They were told what Roe v. Wade was: a ruling that “established a woman's constitutional right to an abortion.”

At the other end of the spectrum, the equivalent might be if voters were polled on a pro-life law that asked about “an unborn baby’s constitutional right to life?” That could be hard to oppose too – if only because of the wording.

Wall Street Journal reporter Michael C. Bender confirmed the same polling question as Dann via email. If voters responded “yes” or “no,” they were also asked “do you feel strongly about that or not?”

The phrasing is especially important, considering Pew Research Center found in 2013 that a majority of young adults (57%) between the ages of 18 and 29 don’t even know what Roe v. Wade is.

That’s not to say the NBC/WSJ poll is completely off. A July 2018 Gallup poll found “64% of Americans believe Roe v. Wade should stand” – after they were asked a more neutral question: “Would you like to see the Supreme Court overturn its 1973 Roe versus Wade decision concerning abortion, or not?”

Interestingly, before 2005, Gallup worded its Roe v. Wade question much like NBC/WSJ did:

But, unlike the NBC/WSJ poll, it has since changed its wording.

NBC and WSJ did not respond to inquiries by the MRC on whether or not the poll’s wording could have affected the results, by the time of this story’s publication.

“The choice of words and phrases in a question is critical in expressing the meaning and intent of the question to the respondent and ensuring that all respondents interpret the question the same way,” according to Pew Research Center, and “Even small wording differences can substantially affect the answers people provide.”

In an exclusive statement to the MRC on Tuesday, lawyer and legal expert Catherine Glenn Foster, who heads pro-life group Americans United for Life, responded to the poll. She said the question “is biased and misleads respondents in three different ways”:

1. She commented that the “established a woman’s constitutional right to an abortion” poll wording for Roe “draws a legal conclusion and turns the conversation to women’s rights.” She stressed that “legalized abortion nationwide” would have been “better phrasing.”

Foster also accused the wording of “biasing respondents to believe that abortion is an inherent right grounded in a constitutional privacy right rather than recognizing that courts and legal scholars on both the Left and the Right have long recognized that Roe is one of the most extreme examples of judicial activism in our nation’s history, poorly reasoned, and unmoored from constitutional principles.” 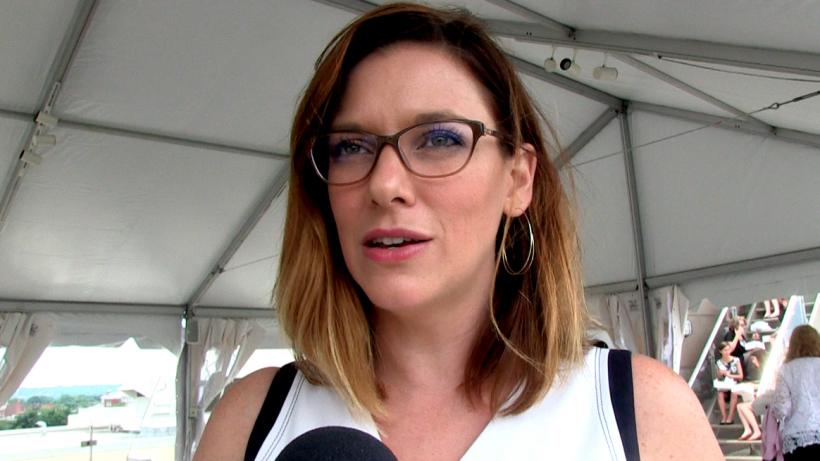 2. She also took issue with the poll wording that Roe v. Wade supports abortion “at least in the first three months of pregnancy” because “the question shifts the focus from late-term abortions to first-trimester abortions, and turns respondents away from recognizing that Roe, with its companion case Doe, legalized abortion nationwide for all nine months of pregnancy for any reason, leaving the United States as one of the four most radical countries for abortion law in the entire world: Canada, China, North Korea, and the United States.”

3. The last, and “most important” point was that the poll’s question, “Would you like to see the Supreme Court completely overturn its [Roe v. Wade] decision, or not?” is “leading respondents to think that overturning Roe would result in abortion being completely banned nationwide,” she said.

“In reality, overturning Roe would return the abortion issue to the states where it belongs, and restore our nation’s federalist principles,” she added, “And when Americans are polled with unbiased questions, a majority would like to see abortion legal in no or only very limited circumstances - which would require overturning the radical Roe abortion decision.”

“With a question that misleading,” she concluded, “the poll results are essentially meaningless.”

MSNBC shows Morning Joe and Andrea Mitchell Reports, on Tuesday, and The 11th Hour With Brian Williams, on Monday, cited the poll numbers on air.

None of them appeared to question, or look into, the poll’s wording.