Comedian Lizz Winstead Slams Kavanaugh: This ‘F***er’ Is ‘F***ed Up’ 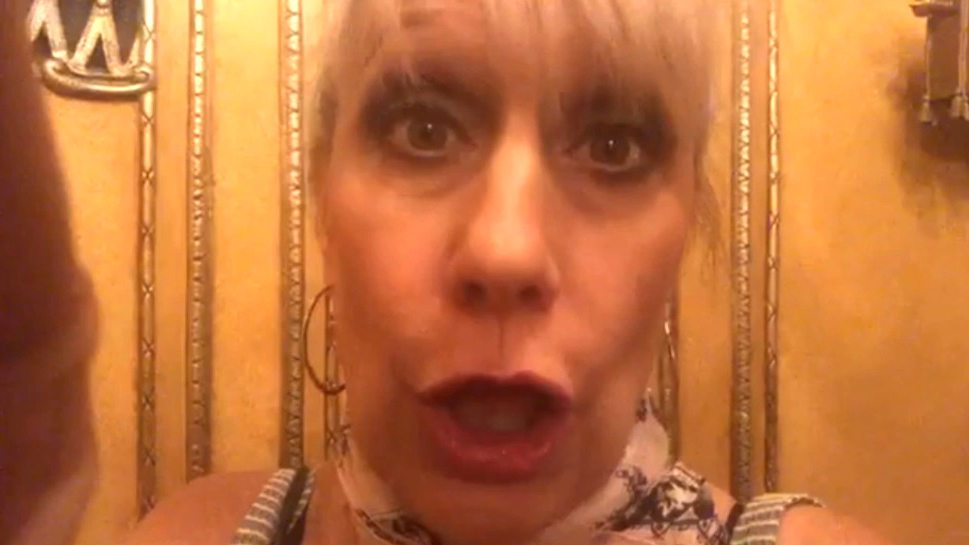 Kavanaugh is “fucked up,” she began in a Facebook live video, and “it’s time we rally.” Then she turned to the media.

“If you do not hear media people talking about the fact that this dude is literally the only candidate who had a vote on abortion,” she warned, referencing a case where he ruled against the abortion of a minor in the U.S. illegally.

Then again, in her next breath, she called the media her friend.

“If any fucking politician, from right-wing extremists to Nancy Pelosi and Tom Perez, start repeat abortion talking points that it’s not a big deal, you’re going to send those articles to every single person in the media tomorrow,” she said.

“Because this is fucking war,” she added. “Right now.”

“We need to fight this fucker,” she insisted. “Any Democrat who decides to vote for this, is literally saying the emancipation of women is not something that I care about.”

“We can fight this,” she continued, “We can make the media make it an issue.”

Then she returned to the concert, because, she said, “this fuckwad ain’t going to ruin my night.”

“Dear Media: If I see one more story, or TV news convo about #BrettKavanaugh THAT LEAVES OUT THE FACT he wrote the DISSENTING OPINION on the DC court that a raped undocumented teen did NOT have the right to access an abortion, you're complicit in ignoring the humanity of women.” 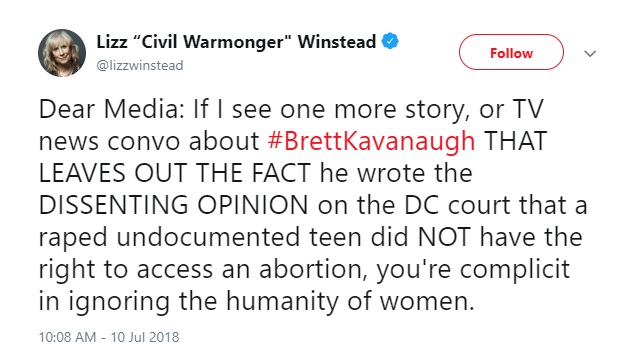