Comedians act out when elections don’t go their way – and the results are anything but funny. 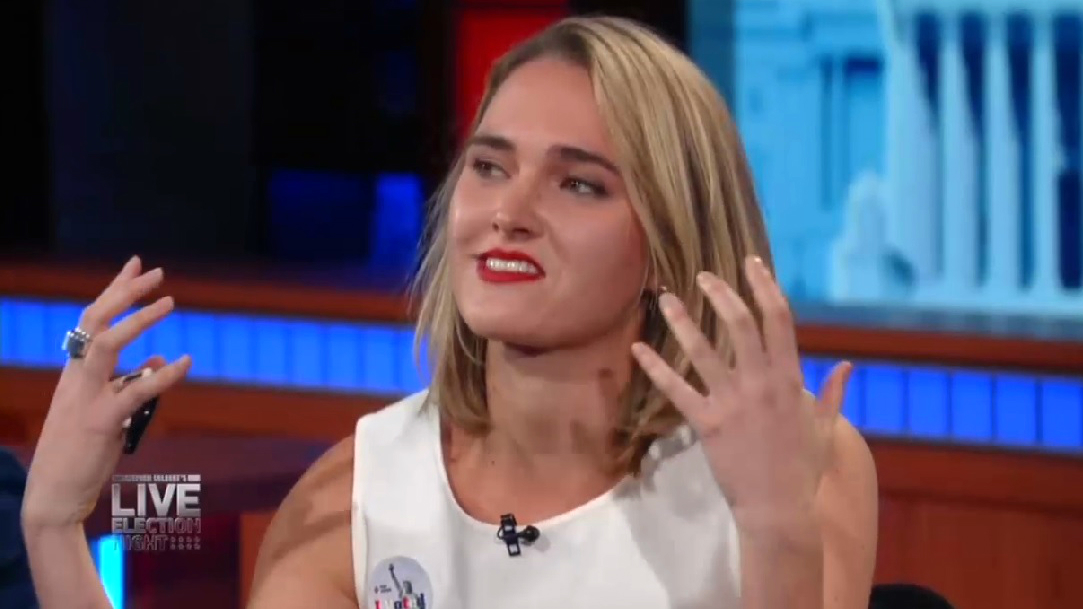 As the election results came in Tuesday night, comedian Stephen Colbert hosted a live election special. During his show, he invited stand-up comedian Jena Friedman on as a guest. But Friedman wasn't funny – from joking about babies born dead to comparing the election to abortion.

A comedian and filmmaker, Friedman formerly served as a Daily Show producer and Letterman writer. She works as a National Geographic Explorer correspondent and hosts her own stand-up special, American C*nt.

Colbert took note of that when he introduced Friedman as a “stand-up comedian who calls herself an ‘American C-word.’” “Even on Showtime,” he joked, “I’m not saying that one.”

But that didn’t mean everything was off limits. Far from it.

“Were you watching backstage?” he asked Friedman of the election results. “Anything that you want to tell us about how you’re feeling right now?”

In an attempt to be humorous, Friedman brought up two topics that never mix well: babies and death.

“I feel as if I'm about to give birth to a baby that’s already dead,” she responded, before laughing.

Another guest on the show, Charlamagne Tha God, added, “We call that a stillborn baby.”

Later in the show, Colbert came back to Friedman. “Do you think she can still pull it out?” he asked her about Hillary Clinton. “Do you have any hope left?”

This time, Friedman asked Colbert if he wanted her “TV friendly answer” first. He responded with a “no” – and so she went even further.

“It feels like an asteroid has just smacked into our democracy,” she began. “It is so scary and sad and heartbreaking. And I just wish I could be funny. Get your abortions now because we're going to be fucked and we’re going to have to live with it.”

At that point, Colbert interjected with a laugh. “Wait – we’re rebroadcasting this show on Friday on CBS,” he said, “I'm not sure which parts will be edited out, but I’ve got some idea which parts.”

Also in the show, Friedman described herself as “very pro-choice” (no surprise there) and praised Clinton.

“And no one compromises more than Hillary Clinton personally and professionally,” she insisted, “She’s been compromising her entire life.”