Actress on Conan: Abortion Is ‘Cool,’ Like AAA Car Towing

Even jokes have their limits.

During his show May 26, Conan O’Brien invited actress and recent Judiaism convert Natasha Leggero onto his show. Leggero praised her new religion for treating abortion as “cool” enough to have on “every Jewish holiday.” After all, she reasoned, it’s good to have a back-up to fall on, just like AAA for cars. 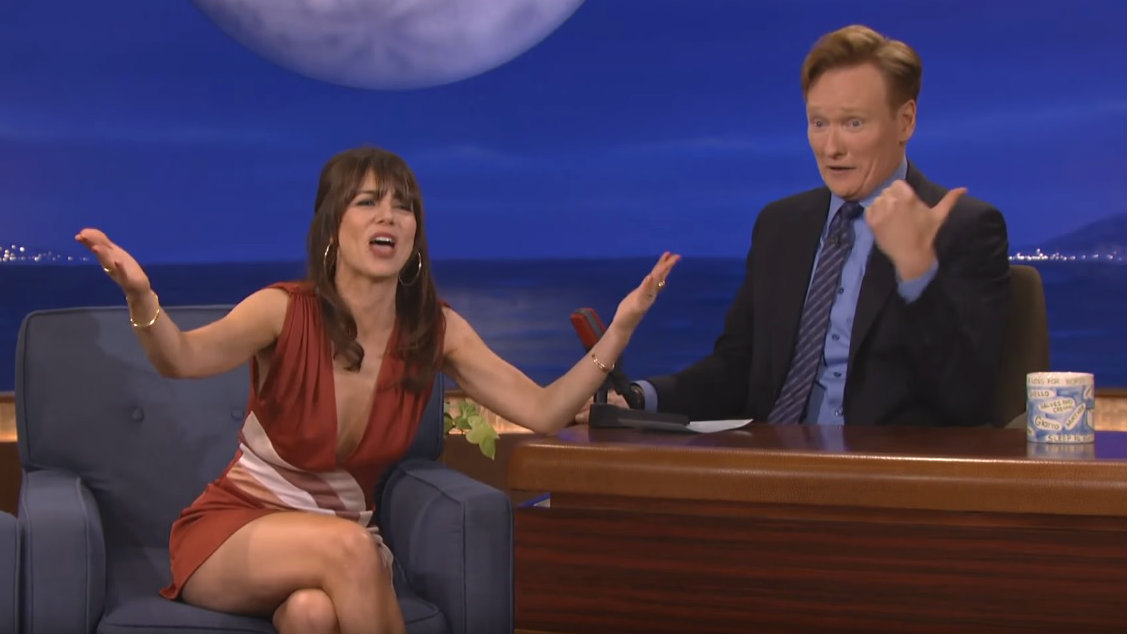 Besides performing as a stand-up comedian, the 42-year-old created and stars in Comedy Central’s Another Period and has acted in films including Let’s Be Cops, Neighbors and He’s Just Not That Into You.

After discussing her recent marriage, Leggero informed Conan that she had recently converted to Judaism by taking 19 four-hour courses.

“[M]aybe they hate women, because nuns were so mean to me,” she said before slyly inserting, “and of course, the priests are like so nice to the boys.”

She found Judaism, on the other hand, a “beautiful religion.”

“You get to have a weekly Shabbat,” she gushed, “which is just like a party every Friday.”

In the middle of her appearance, Leggero revealed just why she was such a fan of Judaism: abortion.

“You’re part of this beautiful religion seeped in culture,” she gushed about her new religion, before adding, “Abortions are cool.”

As the audience laughed, Conan disagreed.

“I don’t think they go around saying ‘abortions are cool,’” he said. “Not like the Fonz” (a famously “cool” character from Happy Days).

His sidekick, Andy Richter, prompted even more laughter by commenting, “That’s on the PSA, ‘Judaism: Abortion is cool.’”

Trying to regain control of the abortion conversation, Conan again started to say no one called abortion “cool,” when Leggero interrupted, “No, they do!”

“I mean, you could get an abortion on every Jewish holiday and it would be okay,” she hyped.

But when Leggero likened abortion to a contract with a towing company, the audience changed its tune towards her.

The cheers and applause returned when Conan said, “I just was given a signal; the Jews don’t want you anymore.”

“Don’t clap that,” she retorted. “My rabbi would be very upset by that. No, I love Judaism.”

She switched back to her bashing of Catholicism, the religion where “they believe that even if you are raped, you should not get an abortion.”

Changing topics (somewhat), Leggero told Conan that she confessed to a priest in Rome that she was converting. He was “cool” about it, she said, and asked her to still attend to church once a year.

Conan concluded, “I don't know what religion you're going to be in a year, but it will not be either Jewish or Catholic.”

Leggero has long made abortion a topic of her career. In 2013, she asked in a Facebook post, “What are the most popular abortion names?” while in 2014 she tweeted that she would “no longer perform in states where abortion isn’t legal.”

During Comedy Central’s 2015 Roast of Justin Bieber Leggero laughed about Bieber’s (non-existent) close call with abortion as he sat next to her.

"Justin was born to a teenage single mom. No wonder he’s got moves. He was in the womb dodging a coat hanger," she said.