The broadcast networks showed no interest in congressional hearings of Planned Parenthood – that is, until Cecile Richards stepped in. 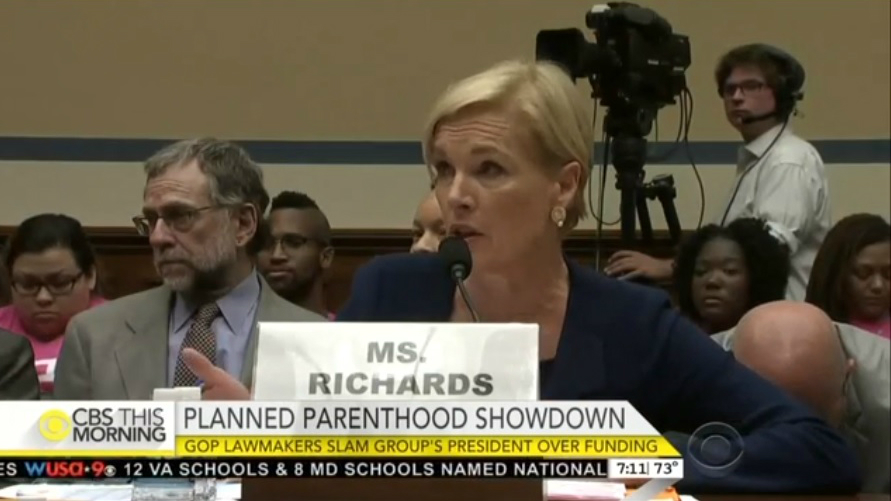 Tuesday morning, Planned Parenthood president Cecile Richards testified before the House Oversight Committee in regards to the videos exposing the abortion giant’s harvesting of aborted baby parts. During their Wednesday morning news shows, ABC, NBC and CBS painted Richards as the victim in their reports.

At the same time, the networks refuse to show the real victims – the babies picked apart with tweezers in the Center for Medical Progress videos.

In her report on This Morning, Cordes used even stronger language against Richards’ questioners. “Republicans grilled the group’s president for more than five hours,” she said, and “pummeled” Richards on both her salary and the organization’s travel expenses.

For Good Morning America, ABC correspondent Jon Karl highlighted the “hours of intense questioning” where Richards “faced a barrage of questions and criticism.”

In their evening news shows on Tuesday, ABC, NBC and CBS used the same tactic. The networks hyped the “spirited” and “unfazed” Planned Parenthood president in their coverage of the “five-hour interrogation,” according to analyst Curtis Houck.