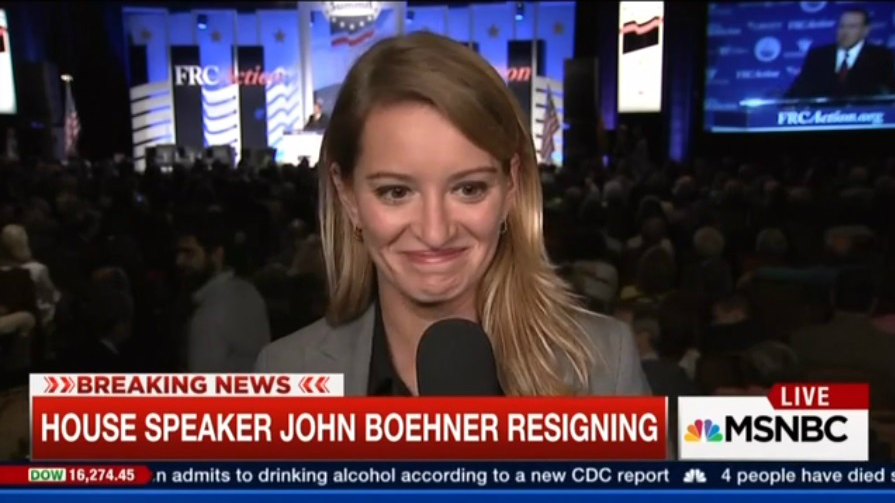 What a coincidence -- or not. The moment GOP candidate Mike Huckabee began slamming Planned Parenthood at the podium at this year’s Values Voters Summit, an NBC journalist interrupted. So loudly that some in the crowd began whistling and shouting at her to quiet down.

We know because we were there. 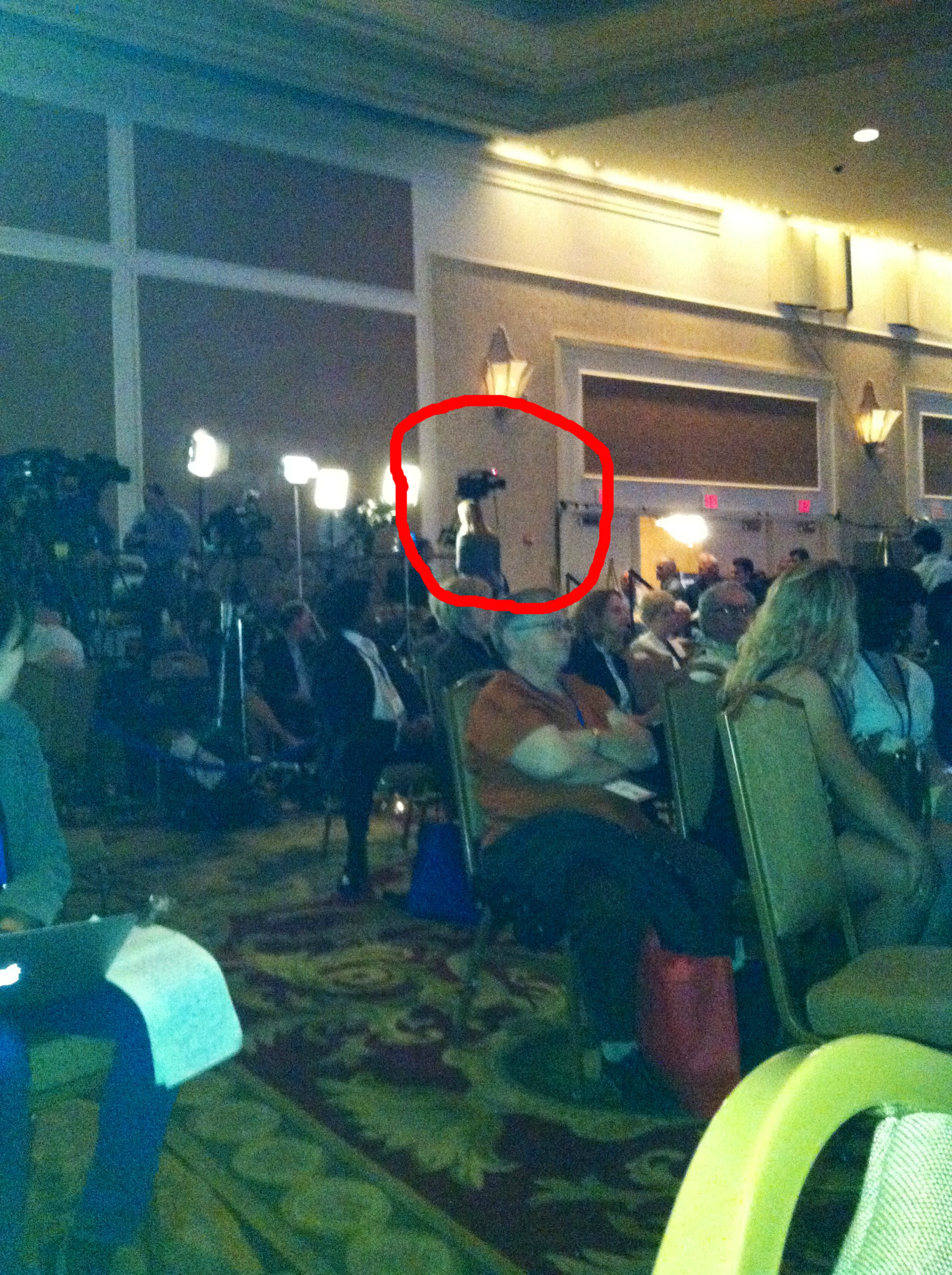 It was NBC’s Katy Tur, who conveniently decided to share her “breaking news” of John Boehner’s resignation (an announcement made more than 5 hour earlier) mere seconds after Huckabee started talking about Planned Parenthood.

In the video clip of Huckabee's speech below, at 35 seconds, you can hear a loud whistle come from one attendee who was trying to get Tur to be quiet. Before this, some in the crowd had shouted at Tur.

You can hear that same whistle in Tur's live MSNBC report here:

Even MSNBC Anchor Kate Snow hushed Tur. “You can be quiet for a moment, we appreciate it though,” she said. “I know they're trying to talk behind you there.”

Tur was covering the debate like many other journalists in the room -- however, she was the only one loudly doing it during a major speech. But was her “breaking news” so urgent that it couldn’t have waited for Huckabee’s speech?