“Evening News” host Scott Pelley noted “[t]he 42nd anniversary of the Supreme Court decision Roe vs. Wade which gave women the right to have an abortion.” But he then bridged into the bill banning abortions after 20 weeks.

While Nancy Cordes, CBS News’ congressional correspondent, interviewed one of the marchers, she asked about the bill, not the march.

Instead, CBS found other stories more important – spending 21 seconds on a prehistoric shark, 2 minutes, 49 seconds on the New England Patriots allegedly cheating their way to the Super Bowl, and 3 minutes and 2 seconds on a measles outbreak.

ABC and NBC said nothing on the 200,000 marching for the 57 million babies lost to abortion. Even the eight arrests of “abortion on demand” protesters in front of the Supreme Court weren't worth their time. 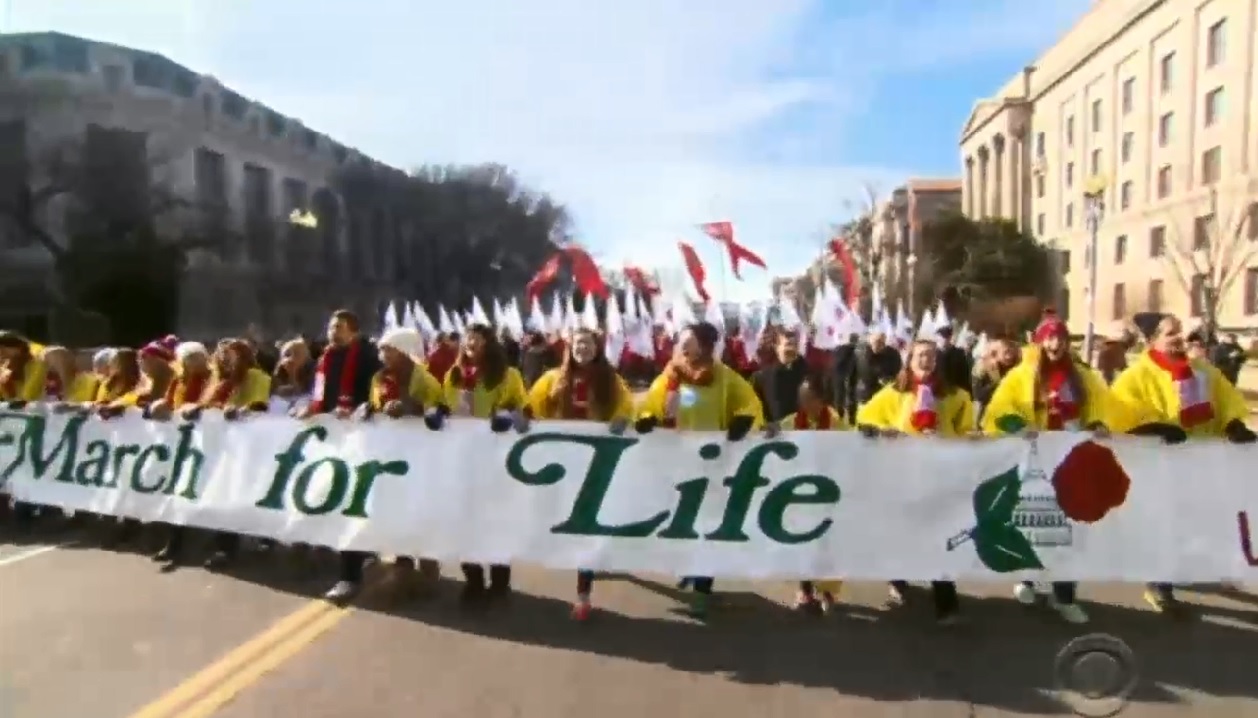 Like CBS, ABC and NBC focused on other stories. ABC’s World News dedicated 1 minute, 41 seconds to Prince Andrew's "sex scandal" while NBC’s “Nightly News” spent 2 minutes, 16 seconds on a documentary about “side car dogs in America.”

Spanish-speaking TV news viewers weren't any better informed about the March. Neither Univision nor Telemundo covered the March for Life or congressional action on anti-abortion legislation.

But Univision and Telemundo dedicated 2:36 and 2:32 segments, respectively, to Deflategate developments. Telemundo included a 3:07 feature story on this weekend's Miss Universe contest.

For last year’s march, the networks devoted 46 seconds to the hundreds of thousands marching in Washington, D.C. (that’s six times less than they spent on the National Zoo’s baby panda cub and four-and-a-half times less than the Climate March).

In 2013, the networks spent a total of 17 seconds on the March for Life (in comparison, they spent 521 times more on the Manti Te’o football scandal).

As with this year, when the nets do cover the march, they refuse to use the word “life.” Instead, CBS’ Cordes used terms like “anti-abortion demonstrators” to describe the marchers.