Trans Teen’s Mom on TLC: 'I Want to Have a "Farewell to Penis" Party' 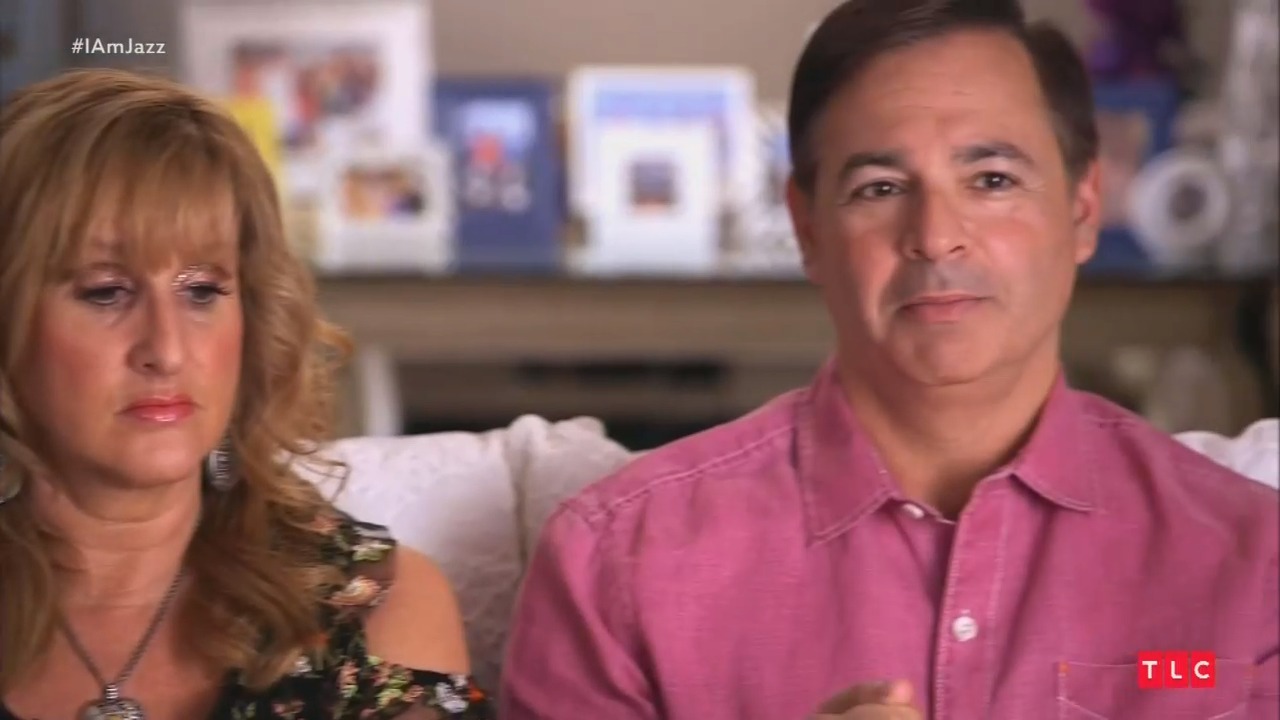 The continuing saga of Florida transgender teen, Jazz Jennings, takes us through the last steps approaching her "gender confirmation surgery" in the fifth season. In the episode titled “Caterpillar to Butterfly” that aired January 15 on TLC, I Am Jazz shows the final preparations that the Jennings family make as they prepare to travel to New York for the surgery. Jazz’s mother, Jeanette decides it would be great fun to throw a “Farewell to Penis” party.

Jeanette reminds me of a stereotype of a stage mother. She is much more comfortable and supportive of Jazz’s transgender life than her husband, Greg seems to be. He is frequently uncomfortable with the constant chatter about vaginas and penises, for example, and he lets Jeanette know that he will not be eating the penis cake she intends to bake for the party. Most of all, Jeanette and Jazz are gung-ho for the party because it will make Greg feel uncomfortable. How sad, if you ask me.

Jeanette: I'm in a couple of advocacy groups on Facebook, and they've followed Jazz's journey for years and years and years, so I want them to know what's going on with us. That's where I get a lot of strength from.

Greg: I'm more low-key. I typically prefer to keep private matters private. So what do you need from me that I could do to make this easier for you?

Jeanette: I need you to be the "Yes" man.

Greg: The yes man? That is not in nature. When Jeanette says, "Be my yes man. Say 'yes' to everything that I say, "I know that I'm a dead man walking.

Jeanette: You are. I want to have a "Farewell to Penis" party.

Jeanette: That was...yes? I want to do this party because I want to have fun with the idea that Jazz is having surgery. This is not fun. There's nothing fun about this. But laughter is the best medicine. Jazz is having the surgery. Let's not freak out, and let's say goodbye to her old penis.

Greg: Why can't you do a "Hello to vagina" party?

Jeanette: I want to bake a cake, and I'm not baking a vagina cake.

Greg: You're gonna get a cake of a phallus, and you're gonna sit there and cut it up?

Greg: I will not eat that cake.

Jeanette: What about a penis piñata? Do you like that idea?

Greg: I don't even know how Jazz would feel about something like this. I mean...

Jeanette Oh, she would love it. Let's get Jazz's ears. Jazz!

Jeanette: I want to throw a Farewell to Penis party...
Jazz: Pfft!

Jeanette: ...For you.
Jazz: So long, farewell I want to do this. This sounds so fun.

Greg: So you're comfortable with this?

Jazz: Yeah! Are you kidding? It's so fun. Maybe I should write a little eulogy to my penis.

Jeanette: Yeah. "We've been together a long time, you and I."

Jazz: I even named you "Caterpillar." That's what I named him.

Greg: So you're gonna have a naming for your...

Jazz: If it's Caterpillar, then I got to name my vagina "Butterfly." This quirky and fun idea seems like a cool thing, but also, I love making my dad uncomfortable, and if this penis party is gonna do just that, then we got to have a penis party!

I’ll tell you, I frequently feel for Greg. Jeanette and Jazz like to make the man uncomfortable. He tries to protect Jazz, especially as far as her interactions on social media and being a teenager, she often pushes his buttons. In this episode, for example, Jazz and her older brother Sanders filmed a video for her YouTube channel to talk about her upcoming bottom surgery. Jazz announced the surgery date without thinking and then they uploaded the video before allowing either parent to screen it first, as per the family agreement. Then Greg worried about the potential need for security in New York.

The end of the episode shows Jazz beginning a television interview with ABC reporter JuJu Chang for the show Nightline. Just three days before her surgery, Jeanette agreed to the interview before telling Greg or Jazz about it. Then, when Jazz was hesitant because it was so soon before her surgery, Jeanette assured her that it would be a fluff piece, without any indication that it would be such an interview.

This episode is “To Be Continued” next week. It looks as though Ms. Chang is not going to do as easy a fluff piece as they think. The episode trails off as Jazz is asked if she ever felt pressured by either of her parents to go through with her life as a transgender person. Stay tuned.